WandaVision cameo teased - it's going to be 'The Mandalorian' big

Expect a big surprise when it comes. 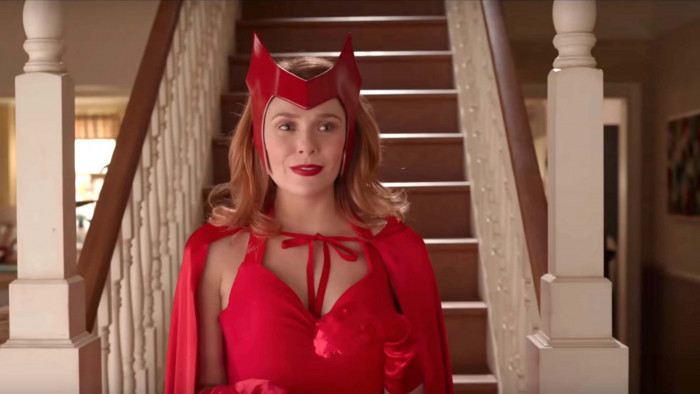 If anyone knows how to do cameos, it's Disney. Its cameo in The Mandalorian was one of the greatest TV events of 2020, managing to bridge the gap between the TV show and the Skywalker trilogy seamlessly. And, more surprisingly, managed to unite Star Wars fans after the latest Star Wars movies divided opinion.

WandaVision is Disney Plus' latest, greatest TV show and there is a cameo coming - that much we know, but now it has been teased that it will be as big as that Mandalorian one (we're not spoiling here, but we'd be surprised if you don't know already).

The person teasing this one? Well, it's Wanda herself. Elisabeth Olsen has gone on record to say that an upcoming cameo is a special one.

Speaking to TV Line she notes - when quizzed if WandaVision has a similar cameo coming - Olsen said: “Yes” and “I’m really excited”.

That alone is exciting so it's no wonder that fans have been speculating as to who the cameo will be, with one name recently trending on Twitter: Magneto.

this feels TOO BIG but Magneto...coming to rescue his daughter??? https://t.co/XPygwfNexm
—

Elizabeth Olsen teased a #WandaVision cameo "on par with" Luke Skywalker on #TheMandalorian this season...

The key here is that the character or actor hasn't leaked (according to Olsen), so there's probably no point heading to Reddit to see just what the hell is going on.

If, and it's a big if, it were Magneto, then Disney has two actors to choose from currently: Michael Fassbender and Sir Ian MckEllen. The latter would certainly fit the 'it's a cameo as big as the one in The Mandalorian' bill.

It makes sense from a comics point of view as well. Magneto is the father of Wanda Maximoff. But in the Marvel movies this was changed because Fox owed the rights to the character. Another big change was that Wanda wasn't a mutant (they weren't allowed to use that phrase, either) but got her powers because of an experiment.

Now it owns the character of Magneto, this could easily be retconned to fit and would be an interesting way to get the X-Men on board of the MCU.

We did spot someone or something coming through the energy field in the recent teaser and can now only see it as Magneto - but that's us squinting and turning our head sideways.

WandaVision is currently streaming on Disney Plus. These are the best Disney Plus shows on the service right now.