Two of the UK's oldest canned beers are up for auction

We'll drink to that 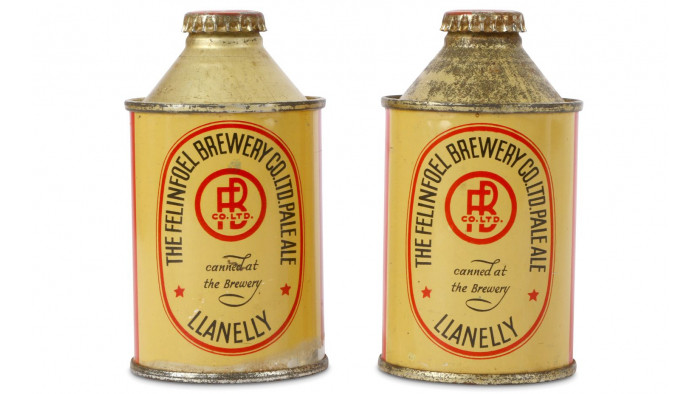 It’s a truth universally acknowledged that a quality item withstanding the ravages of time adopts the term ‘classic’. As such, we’re stating here and now that this rule should also apply to cans of beer - not just because we’re massive beer enthusiasts (we are), but because two cans of pale ale pre-dating the Second World War (which surely makes them deserving of the title) are going up for auction in London.

Dating back to 1936 - a simpler time, when hipster microbreweries weren’t trying to out-do one another with fancy packaging and strange flavour combinations - the two cans are set to go under the hammer at Chiswick Auctions’ wine sale on September 19.

Produced by Felinfoel, the first UK brewery to start canning beer, the brews were intended to be shipped to North Africa in support of “Monty’s” troops. The new packaging concept came as a result of the company’s close relationship with the Welsh tinplate industry and the sudden onset of war, an idea which secured the brewery an exclusive contract with the Ministry of Defense.

The two rare cans (one of which is miraculously still full) are expected to fetch between £1,000-£1600 at auction. That’s probably the priciest beer you’d have no intention of drinking.

Alongside the cans, alcohol fans can expect to discover a magnum of french Krug champagne dating back to 1976 - a bottle the auction house describes as being “aged to perfection”. We wish the same could be said for us after 43 years.

Other notable lots include a magnum of Ruinart non-vintage champagne produced for the millennium (encased in a metal cage and presented in a silk lined wooden box we might add).

According to the auction house, the bottle “carries green and herbaceous notes, rich oyster and a heavy weight of Burgundy-esque Chardonnay with citrus acidity and earthy tobacco” and is expected to reach between £300-£400 on the day.

Feel like digging deep in those pockets? The auction is set to take place on September 19 and bids can be placed online and in-person.