Top Gun: Maverick reviews and reactions are in and they are stunning

You are going to want to feel the need for speed once more. 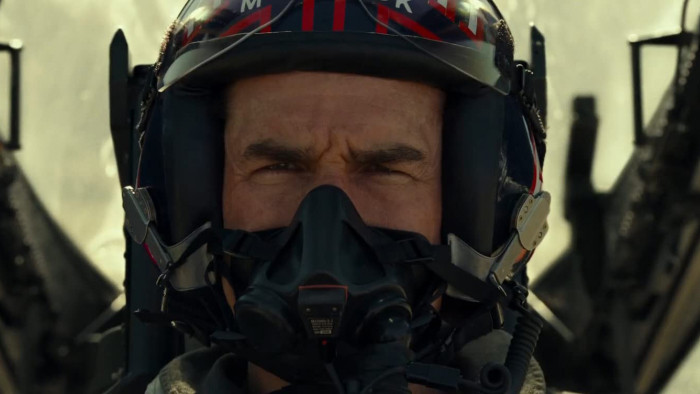 When big blockbusters face a delay - and a tight review embargo - it usually means that the movie isn't going to live up to lofty expectations.

Top Gun: Maverick, the sequel to the 1986 movie, had both of these, but early reactions - and now the actual reviews - are pushing this one as one of the best blockbusters in years.

Starring Tom Cruise, who reprises his role as Maverick, alongside Val Kilmer returning and newcomers Miles Teller, Jennifer Connelly and John Hamm, the action takes off 30-something years after the original with Maverick still a maverick and a whole host of new pilots ready to take to the skies.

Directed by Tron: Legacy's Joseph Kosinski, the movie more than lives up to the hype according to those who have had an early sneak peak at the film.

We were getting our hopes up when Empire's editor posted this on Twitter about the film:

Top Gun: Maverick is a big, roaring, thunderously entertaining jet blast of a movie. The aerial sequences are like nothing you’ve ever seen. And yes, there is a bit where everyone goes to the beach, takes their shirt off and jumps around. pic.twitter.com/Izh0WLHNBK
— Nick de Semlyen (@NickdeSemlyen) May 6, 2022

But now even more people have seen the film and we are completely sold. Here's what those who have seen it are saying...

TOP GUN: MAVERICK is a much much much better movie than Top Gun.

TOP GUN: MAVERICK is miles beyond the first film in every conceivable way. Pays respect while forging its own path with blistering editing, thunderous sound & sweeping music. A big film with even bigger emotions that should be seen on the biggest screen. One of Tom Cruise’s best. pic.twitter.com/7Z8cDSYHV2
— Matt Neglia (@NextBestPicture) May 11, 2022

Was so bowled over by Top Gun: Maverick all day yesterday I forgot to do Wordle and lost my 129-day streak. There’s your review
— Robbie Collin (@robbiereviews) May 12, 2022

TOP GUN: MAVERICK is a movie about how Tom Cruise will never stop doing this shit, absolutely not, you can’t make him. (Yeah, it rules.)
— Esther Zuckerman (@ezwrites) May 10, 2022

#TopGunMaverick took my breathe away! An adrenaline rush tailor made for the summer blockbuster season. Not only does it give cinephiles jaw dropping aerial combat sequences, but packs an unexpected amount of emotion that will surely surprise many. 80s nostalgia done right! pic.twitter.com/CqpzuxR5Oq
— David Gonzalez (@ReelTalkInc) May 10, 2022

I just saw the greatest movie ever.#TopGun: Maverick is perfect. I enjoyed every second, every character.

It’s stunning. I laughed I cried. @TopGunMovie had NO business being this good.

Not kidding, it should be nominated for best picture. A masterpiece.

Top Gun: Maverick is a tight, riveting, occasionally eye-moistening E-ride captained by Tom Cruise, who knows exactly what he’s doing. Mainstream audiences will eat this up.
— Anne Thompson (@akstanwyck) May 10, 2022

Now, these are early reactions and they are usually a little more optimistic than the actual reviews, but the good news is, the reviews have also just landed and they are - for the most part - equally glowing.

Here's what the critics are saying::