It's time to wave bye bye to bugs. 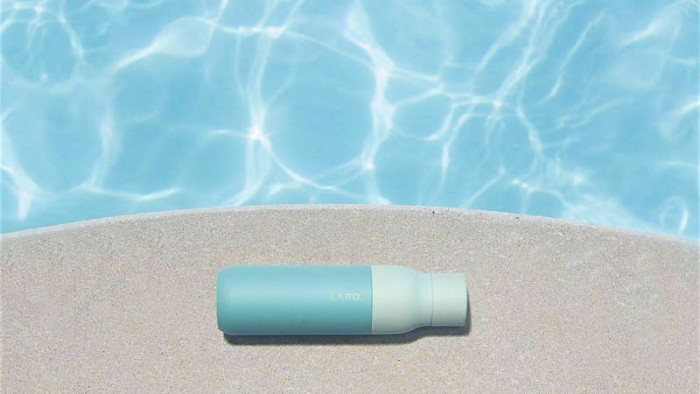 If, like most of us, you’re becoming increasingly aware of your plastic usage and the thought of buying bottled water makes you recoil, then this new self-cleaning offering might be right up your alley.

Yes, if you drink water on the regular (at 57-60% water, we’re pretty much all human cucumbers after all) and simply don’t have the time to clean your bottle, then it’s time you discovered the Larq self-cleaning water bottle.

A purifying water bottle that cleans itself (and the water it contains) at the touch of a button, the design has just been awarded Best Product at the Dezeen Awards 2019.

Using UV light to combat the growth of e-coli and other nasty odour causing bacteria that love to reside in your water bottle, it’s a pretty simple but effective concept.

And if all that talk of living things making their home in your water bottle sounds stomach churning, you’ll be reassured to hear that the technology behind it is actually the same tech used in most hospitals to sterilise work surfaces.

Featuring a vacuum sealed double-wall, the bottle can also cater to all of your temperature-related needs by keeping cold beverages cool and those warm drinks that bit toastier.

The rechargeable e-purifier can hold up to 500ml or 700ml of water depending on your size preference and beams UV-C light into the depths of the bottle every two hours.

Unlike other UV technology that often contain mercury as part of the device, this bottle is mercury-free and reportedly kills 99.9999% of bacteria and 99.99% of viruses.

How exactly? Well, the light is absorbed by the bacteria and break the chemical bonds contained in its DNA. Pretty clever, huh?

Powered by a rechargeable battery and USB-C port, the bottle comes in a range of five colours and is priced at a hefty £95 per-bottle. After all, you can’t put a price on your health, right?

If you want to get your hands on one, you can purchase them from the Larq site.

These are the gadgets we've used and loved over the last year.
Alcohol