This original Ghostbusters teaser is adorable and hilarious 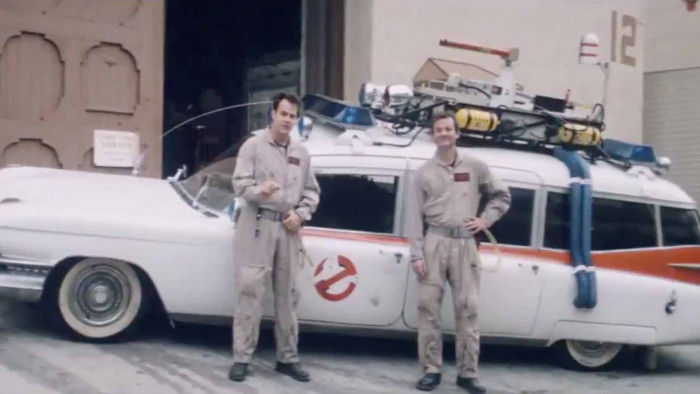 A very old teaser for Ghostbusters has resurfaced, with the short clip showing Dan Aykroyd and Bill Murray in full ghost busting garb next to Ecto-1 pleading cinema chains to play their (at the time) little-known movie.

It's a fantastic snapshot of a time before the film was a massive success, spawning a sequel, cartoons, a videogame and myriad toy franchises.

"This is going to make ET look like Raiders of the Lost Arc," says Bill Murray about the movie, continuing: "This is going to be the thing where you children say to you: 'dad, I look up to you and I couldn't before'."

It's a brilliant plead to the heads of US cinemas and it obviously worked as the movie has made nearly $300 million worldwide since release on a budget of $30 million.

Even though the whole thing is a little tongue and cheek, it's telling that they were worried about how much was spent on the movie, with Murray saying: "We have made a lot of cheap movies for you that made a lot of money and now we have made one where we spent a little more than we should have."

Even though the clip is only two minutes long, it's a superb glimpse of how much the makers of the movie needed to push what was a PG-rated, high-concept sci-fi comedy from a bunch from Saturday Night Live who were used to doing a lot ruder things.

This is amazing. Dan Aykroyd and Bill Murray shot this short film for independent theater owners to sell them on showing GHOSTBUSTERS.

Oh, and if you watch till the end, then you will get to hear what the original Ghostbusters song sounded like. We can now see why they gave Ray Parker Jr a call!