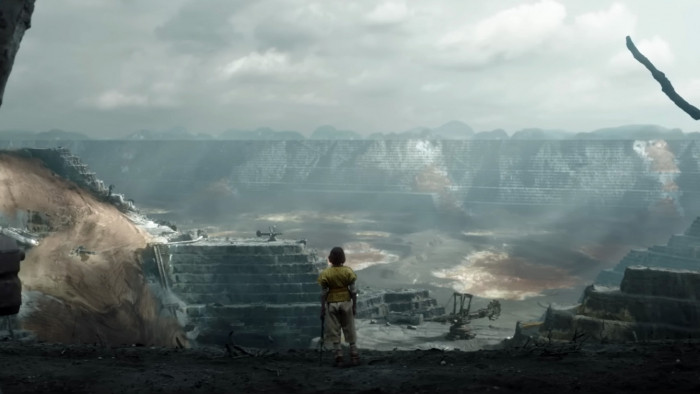 Disney and Lucasfilm surprised us all with its latest trailer reveal this week. Andor is an upcoming Star Wars TV show that's set to land on Disney Plus and its first trailer is a jaw-dropping visual masterpiece.

Compared the sand-strewn series of Obi-Wan Kenobi, The Book of Boba Fett and The Mandalorian, Andor seems to have much more of a visual flourish - and many took to Twitter to ask just why.

The show about Cassian Andor having higher production quality than the show about Obi wan and Darth Vader is genuinely insane https://t.co/jWQT59gUbS
— D

Andor looks visually incredible! It looks more like a film than a Disney Plus show. Whatever they did to make this look the way it does, KEEP IT UP!

ANDOR might wind up being the most cinematic and beautiful Star Wars has looked since THE LAST JEDI pic.twitter.com/M1mEZ3J6yj
— Brendan Hodges (@metaplexmovies) August 1, 2022

The reason for it looking so good? Well, it's not just about budget (we're sure that the budgets for all the shows were similar) but the filmmaking techniques used.

Speaking to Empire, showrunner Tony Gilroy (who also helped shape Rogue One, the movie where we first meet Andor) admitted that the show has shunned Disney's StageCraft technology.

StageCraft is a massive virtual wall that uses projection as a way of creating immersive digital sets for actors to act in. It's a superb substitute for green screen and means that the actors feel like they are actually in the places they are meant to be.

The problem is: it's still a manipulation and, for Gilroy, he wanted to go back to actual sets and locations for the show.

“Yep, we’re old-school,” he says to Empire, “We didn’t use StageCraft at all.”

According to Disney, Andor focuses on exploring "a new perspective from the Star Wars galaxy, focusing on Cassian Andor's journey to discover the difference he can make. The series brings forward the tale of the burgeoning rebellion against the Empire and how people and planets became involved."

The show stars Diego Luna as Cassian Andor who also seems happy with the old-school filmmaking explaining to Empire: “As an actor, it’s beautiful. Everything is mechanical. You’re interacting with real stuff.”

The new Andor trailer comes with news that the show has hit a slight delay and will be out 21 September, where we will be getting a three-episode premiere.