'The Witches' remake sounds just as terrifying as the original

Was there anything scarier? 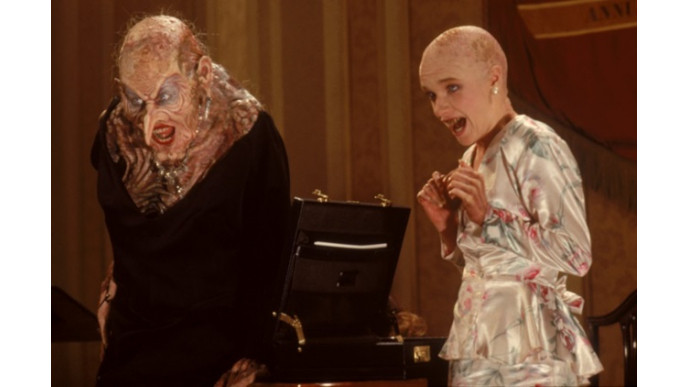 Kids films are generally meant to be entertaining, right? They might contain some mild peril, sure, but the hero tends to win out – they don’t, on the whole, tend to scar an entire generation of children for life.

That is unless they’re the 1990 film The Witches, an adaptation of an equally dark and deranged book by Roald Dahl. If you somehow missed it, the film follows Luke Eveshim and his grandmother as they navigate a seaside hotel, attempting to avoid witches. He’s eventually turned into a mouse and is forced to scrabble around in an attempt to murder the witches once and for all. Stuart Little it is not.

In the film, at least, Luke is turned back into human form; in the book, he’s not spared from his mousey fate. Incredibly bleak stuff.

Anyway, in 2018 it was announced that there’d be a remake. Originally pegged to The Shape of Water’s Guillermo del Toro, the film is now being directed by Robert Zemeckis – probably best known for his work on the iconic Back to the Future.

Anne Hathaway has also been attached to the project, and is expected to star as the Grand High Witch, a role memorably – and completely nightmarishly – played by Anjelica Houston in the original.

I mean, seriously – remember how terrifying this was when you were a kid?

And we now have a few more details about what the remake might look like. Visual effects have come a long way since 1990, so we already knew that the witches would probably look a little different.

But other facets of the film will be changing, too. According to Zemeckis, the film will now be set “in the Gothic South in the 1960s”, which he says is an “exciting way to put a sort of sociological spin on the traditional witch story”.

Sources also say that the film will be more faithful to the original book – Roald Dahl reportedly hated the 1990 imagining of the book, in large part because of the somewhat whitewashed happy ending.

No matter how it looks, we can’t wait – a potent combination of nostalgia and abject fear? Sign us up, baby!