The top 10 most popular shows on Netflix revealed - and the winner is Netflix! 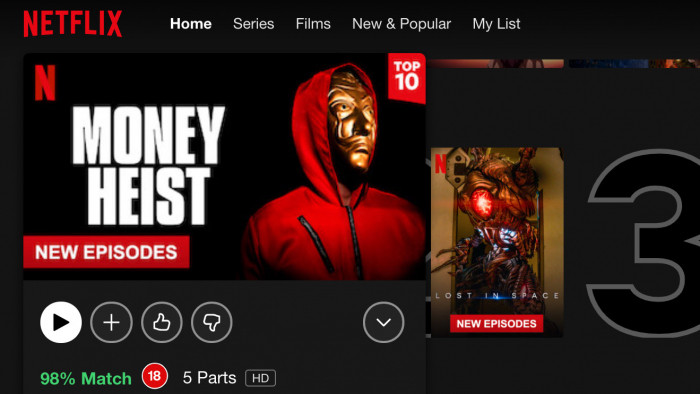 Netflix's original slate of programming is working right now, with the entire top 10 on Netflix dominated by Netflix-commissioned and Netflix-exclusive shows.

It has been a busy few weeks for Netflix, with launches galore. We have seen a few of its shows ending and they have brought in big numbers because of this.

The biggest news here, though, is just how powerful Netflix's commissioning has been, with all of the shows in the top 10 exclusive to Netflix right now (as of 7 December, according to FlixPatrol).

Many of the top 10 also hit the top spot at some point, with Squid Game, Arcane and Hellbound not just being popular shows right now, but some of the most popular that Netflix has ever released.

Back in April, Netflix revealed that it would be spending $17 billion on content in 2021, up some $6 billion from what it spent in 2020. And there's good reason for this - original programming is expensive to make. It's thought that The Crown costs around $15 million per episode to produce, while Stranger Things costs about $12 million per episode - ScreenRant has a decent run down of Netflix show costs.

If you think that is pricey, then it is nothing compared to what Disney is spending right now. According to TBVision, it will be ramping up spending to $33 billion in 2022.

We have a feeling that the streaming wars have only just begun.