The Matrix Resurrections review round-up: here's what the critics are saying

The fourth Matrix finally arrives in cinemas - this is what the reviews are saying. 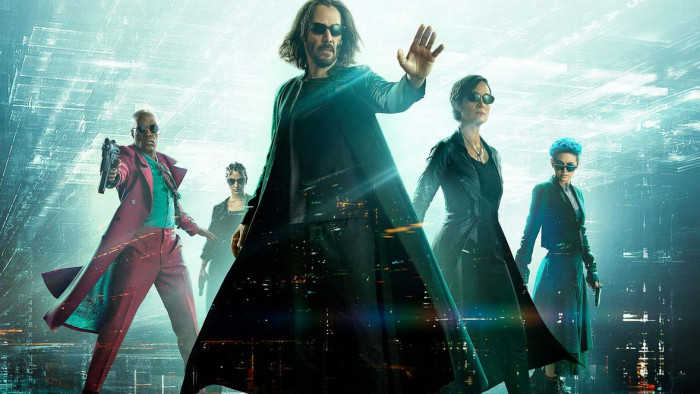 The Matrix Resurrections is finally here, some 17 years after the events of Revolutions the new movie reboots and remixes what we know about the franchise.

Now, The Matrix has always been a franchise of diminishing returns. The first film is a stone-cold classic, while the second and third bog things down in needless plot and exposition. Can the fourth movie bring The Matrix back to its best?

Well, it depends who you ask. Here is a review round-up for The Matrix Resurrections, where critics are utterly mixed about how the movie plays out.

Here - with no spoilers - is what everyone is saying...

The Guardian is lukewarm to the new Matrix movies, noting: "Resurrections doesn’t do much to remove the anticlimax that hung like a cloud over the cinema auditorium at the end of the third film in 2003."

The Times is also not happy, explaining: "There is literally no reason for it to exist, a point that is incessantly hammered home by a sophomoric screenplay that mistakes self-referentiality for sophistication."

Empire is a bit more upbeat, though, saying that it is "entertaining in big bursts but ultimately a little hollow".

Thankfully, GamesRadar is a big fan, explaining that the movie "succeeds where other reboots have failed", noting: "Forget what you think you know… The Matrix Resurrections is a twisty metanarrative anchored by a love story for the ages."

Polygon likes the new film, saying that "The Matrix Resurrections is a bouquet of flowers thrown with the rage of a Molotov cocktail, the will to fight tempered by the choice to extend compassion."

This is backed by Den of Geek who reckons that there is an important story to tell in The Matrix: Resurrections, explaining: "The Matrix Resurrections more than justifies its existence in the end. This is no cynical corporate cash grab like so many other legacy sequels that have released in the decades since Neo first saved Zion. Instead, it feels like a story that Wachowski, the writers, and the actors needed to get off their chests."

But perhaps it is Engadgetthat says it best when it reckons: "The Matrix Resurrections says 'to hell with the rules!', and I applaud it... this movie isn’t for everyone. But that just makes it a Matrix sequel."

Mixed thoughts, then, but this is The Matrix and whether you take the Red pill or the Blue pill is completely up to you.

The Matrix Resurrections is out now on the big screen and available through HBO Max.