The Lonely Island are touring, let's all move to America 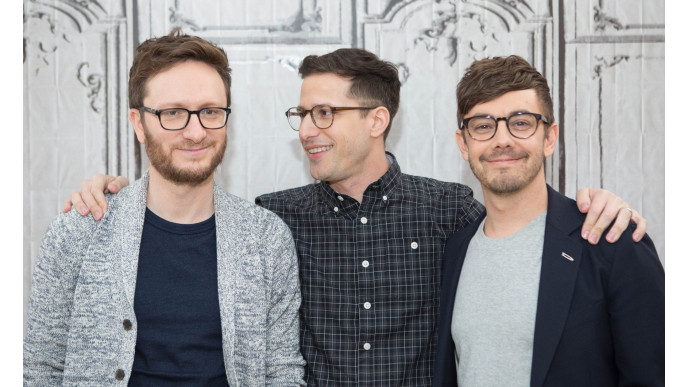 The Lonely Island, the comedy rap act consisting of Andy Samberg, Akiva Schaffer and Jorma Taccone, are going on their first tour ever. It’s all in the goddamn States though, and we don’t live there, so that’s some bullshit right there.

It’s going to be really good, clearly. They did their first ever live show last year, which was by all accounts a massive success, and this tour promises more of the awesome, silly, rude, ridiculous. hilarious same.

Hopefully they’ll do some tunes from their incredibly good, criminally under-watched 2016 movie Popstar: Never Stop Never Stopping as well, like this magnificent, unjustly deleted one, Fuck Off:

So good. (Popstar is on Netflix btw.)

No special guests have been announced for the tour, but it seems reasonable to expect a few of the band’s high-profile friends to make appearances, at least in the New York show. Will Julian Casablancas join them for the boiled goose epic Boombox? Will Justin Timberlake help them bust out Dick In A Box? Will I’m On A Boat feature T-Pain’s beautifuly autotuned “Shortaaaaay”?

And will they bring out Michael flippin’ Bolton?

We’ll find out in June. Tickets will be available from March 1st if you’re a big fancypants American.