The show runners are heading into King territory. 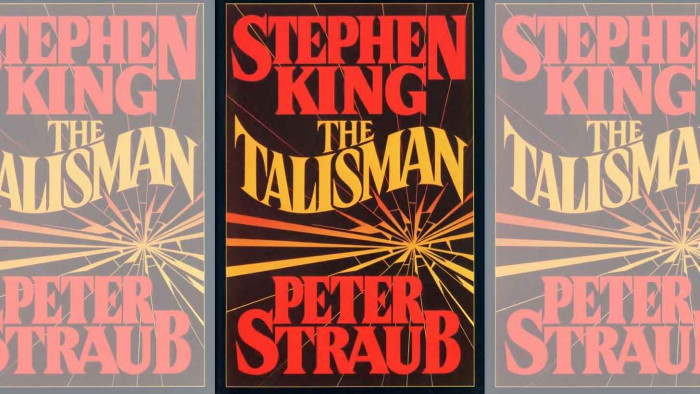 You only have to look at the credits of Stranger Things to see that the Duffer Brothers are huge Stephen King fans. The typescript is taken straight from his Firestarter novel and there are King references peppered throughout the show.

King doesn't mind. In fact, back in 2016, he Tweeted that the show was a like a 'greatest hits' of his work and we are inclined to agree.

It makes sense then that the Duffer Brothers next big project will be The Talisman, an epic novel that King co-wrote with Peter Straub.

The Talisman is fantasy King, which can only mean one thing: it has many hints to the Dark Tower series, perhaps King's biggest literary achievement.

It's about Jack Sawyer, a 12-year-old boy whose mother is dying of cancer. He finds a crystal that allows him to travel to a fantasy world which is populated by Twinners, people who are intrinsically linked with events that are happening on Earth.

It's a high-concept idea and one that is continued in the sequel Black House. With this and the myriad nods to the Dark Tower, there is plenty of material to mine from and this certainly has all the trappings of event TV. Oh, and the novel inspired the Ash song Jack Names The Planets.

The project is set to be produced by Netflix in association with Spielberg’s Amblin Television and Paramount Television Studios. Spielberg has been trying for years to get this novel made but it is something that has seemingly eluded him, so it's great to see it finally in development.

The Talisman is the latest in a long line of King TV properties. The Stand has just finished up on television, while The Outsider was a great adaptation of one of his later books.

The Dark Tower is the one that King fans really want to see but after a muted movie and an expensive pilot that Amazon decided to not to move forward with, that one is currently in development hell.

The Talisman, though, is essential King reading so should make for a great show. Curtis Gwinn will be showrunner which is good news as he worked on the brilliant The Leftovers, which is currently in our best TV shows guide.