The best ‘I Quit!’ moments in movie history

If you are going to resign, then resign in style. 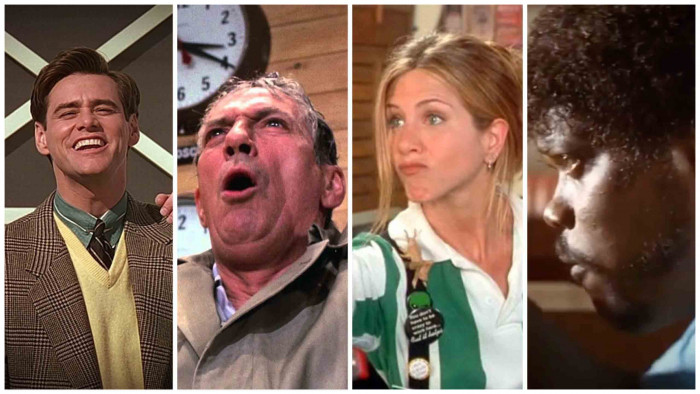 Even though it is tough out there right now, there may be some of you that just want to hand your notice in and try something new.

Just don't give it all up to become a 'banana humper' in Australia (yes, it's a real job - Google it). Trust us, been there and done that.

Here we give you 10 fantastic movie moments where people quit their jobs in the most eyebrow-raising way possible.

Repeat after us: “I’m mad as hell and I’m not going to take it any more.”

Best I Quit moments in movies 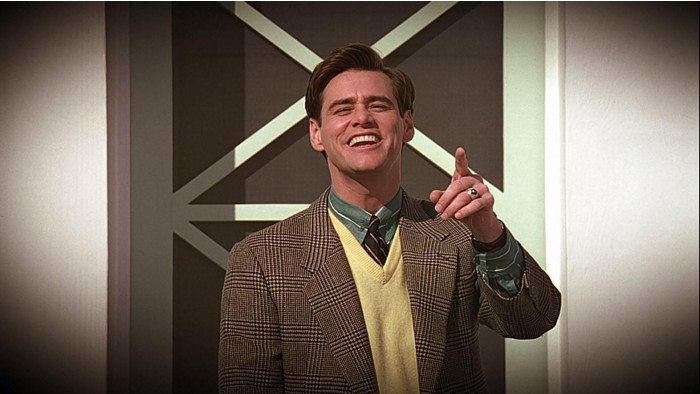 1. Truman in The Truman Show

Like Network, The Truman Show predicted real-world events. In this case, it was reality TV before the likes of Big Brother was a twinkle in Endemol’s eye. Jim Carrey plays Truman Burbank, an unwitting star of his own reality show. With the world watching, he starts to understand his life has been one big lie, projected on the big screen for all to see. This makes the movie’s ending all that more special when he quits his own show, and 'life', waving to the world and muttering his famous catchphrase: “In case I don't see ya, good afternoon, good evening, and good night!” Yep, we have goosebumps all over again. 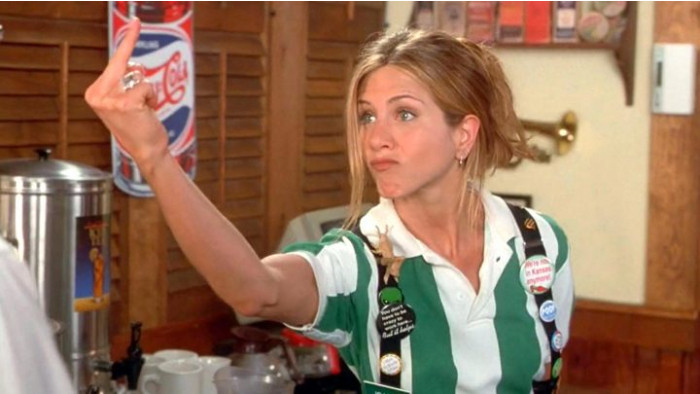 Office Space has its fair share of memorable moments - the hip-hop infused destruction of a printer, Milton - but it’s Joanna (Jennifer Aniston) that has the amazing I Quit moment. After being confronted about her lack of ‘flair’ at work, she gives her dickhead boss the finger, as well as the rest of the restaurant. “That’s me expressing myself,” she says, walking away from her job in style. 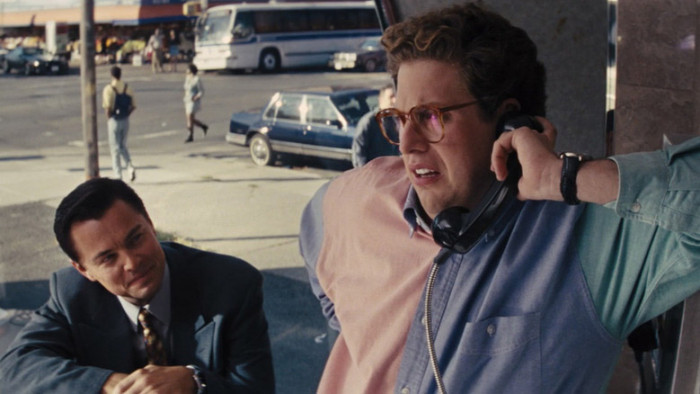 3. Donnie in The Wolf of Wall Street

Donnie Azoff (Jonah Hill) is one of the best characters in Wolf Of Wall Street. He’s the white-toothed Pesci to Leonardo DiCaprio’s De Niro. When he meets Jordan Belfort (DiCaprio) in a diner and finds out he made $74,000 in a month, he phones up his furniture-selling boss and quits his job to join him on the spot. 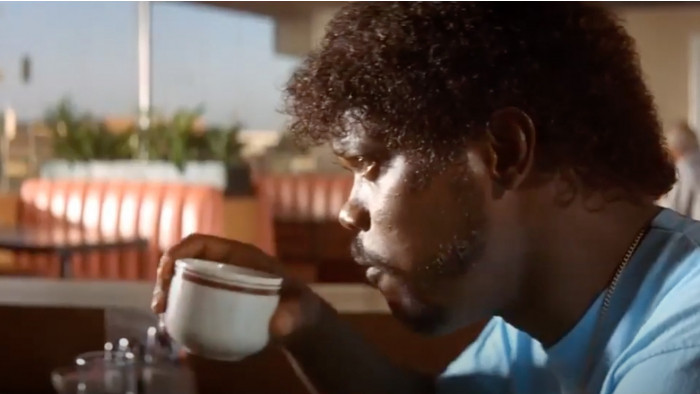 “I’m trying real hard to be the shepherd.” So says Jules Winnfield (Samuel L Jackson) in Pulp Fiction, as he talks down a pair of robbers from shooting up a diner. Before this moment, he’s chatting to his co-assassin Vincent Vega (John Travolta) about how he's ready to quit his job due to “a moment of clarity”, after somehow dodging a whole load of bullets. As a result, he’s decided he's going to walk the earth like Caine in Kung Fu. We're still waiting for that movie, Tarantino! 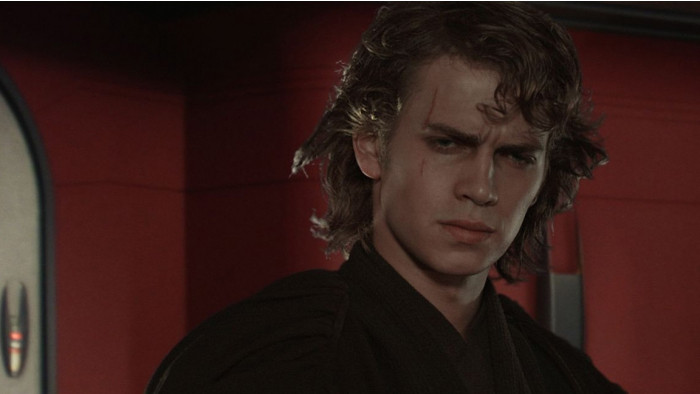 5. Anakin in Revenge Of The Sith

Now, this is how you leave your job in style. The job in question is being a Jedi (important stuff in Star Wars lore). Anakin, who’s pretty angry at the world thanks to his new bestie the Emperor filling his head with hate, decides to ditch those Jedi losers and join the Dark Side. His version of a resignation letter is cutting the hand off of Mace Windu in anger. As you do. 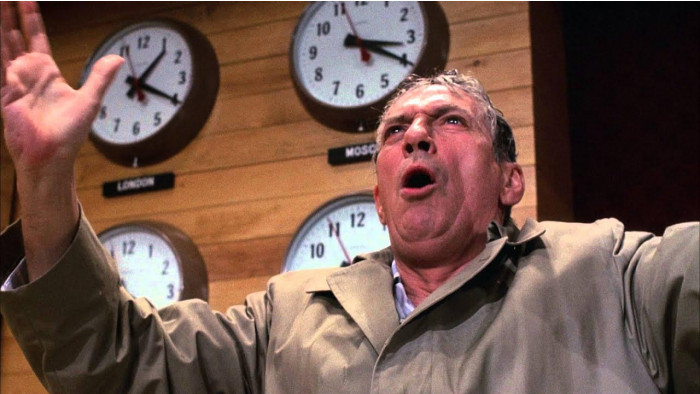 The key speech in Network is scarily prophetic right now. Howard Beale (Peter Finch) is an anchor for UBS Evening News, who quits his job in the most dramatic fashion. He launches, live on air, a wordy tirade where he highlights the fears of the ‘70s (inflation, high oil prices, job losses) and gets the viewers of the show to shout from the rooftops: “I’m mad as hell and I’m not going to take it any more.” We’re right with you, Beale. 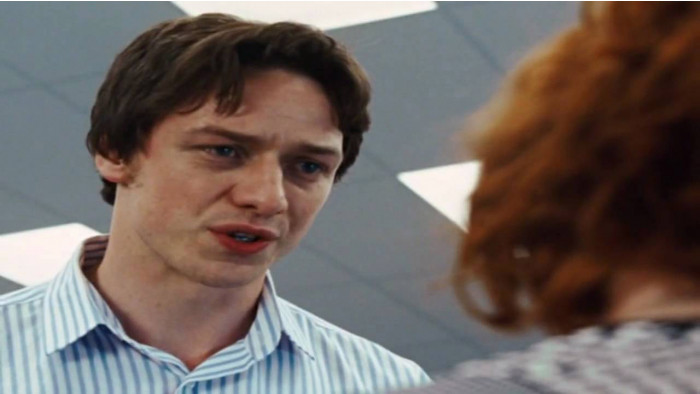 Wanted is a strange movie, about centuries old assassins and a plot that could end the world. But like The Matrix, before the fantasy begins we find the main protagonist, Wesley (a young James McAvoy), in a dull office. He quits his job by giving his superior the what for, smashing her stapler and then smacking the bully of the workplace right in the face with a keyboard. The bully in question is Chris Pratt in one of his first roles. 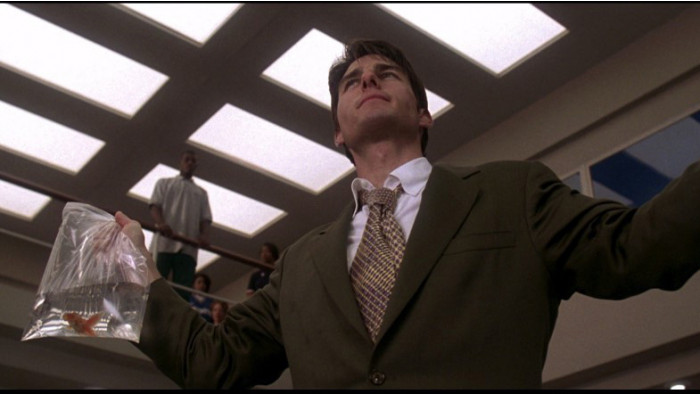 “I’m not going to do what you all think I’m going to do, which is FLIP OUT.” And so starts Jerry Maguire’s (a brilliant Tom Cruise) leaving speech, where he quits his job as a sports agent to set up his own sports agency. Hoping to get a gang of people to come with him, it doesn’t quite work out that way but at least he has his fish and an impassioned Renee Zellweger. 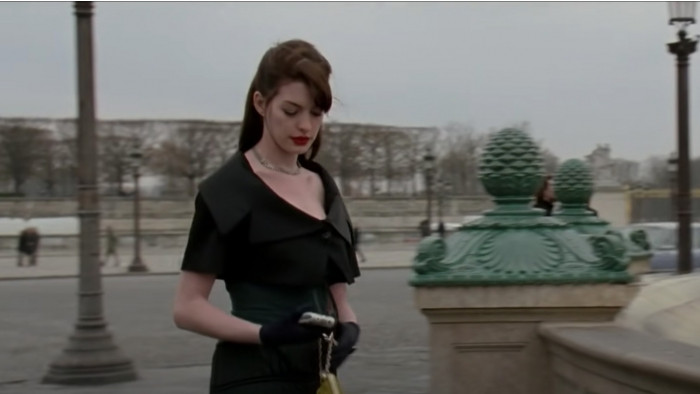 9. Andy in The Devil Wears Prada

Meryl Streep is the devil incarnate in The Devil Wear Prada, an awful fashion magazine editor who makes the life of her assistant Andy Sachs (Anne Hathaway) insufferable. Andy eventually gets into the groove of the vacuous fashion and magazine world, climbing the ladder to her dream job and then … she quits, tossing her mobile phone into a fountain and just walking away. Brilliant. 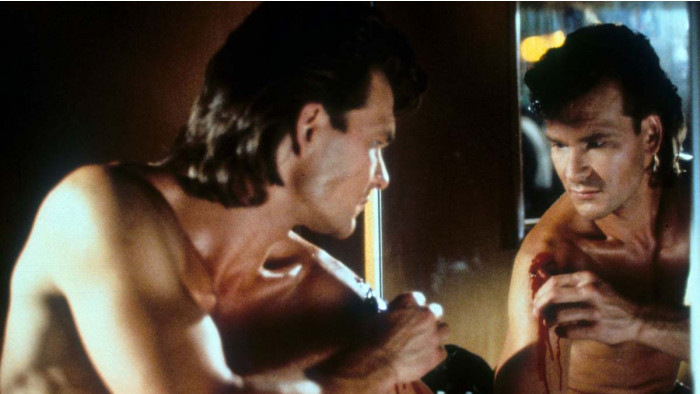 Nope, we can’t watch Road House without saying “Road House!” in a Peter Griffin voice either (damn you, Family Guy) but the movie does have a rather ace quitting scene. Patrick Swayze’s Dalton is the best ‘cooler’ in the business (a bouncer that beats the crap out of the bad folk). The owner of Double Deuce, a notorious bar, asks Dalton to ditch his rather easy job in New York and join him to clean up his joint. Seconds later he tells his current boss: “I’m outta here.” Classy stuff.