An actor sitting down is an actor that isn't working. 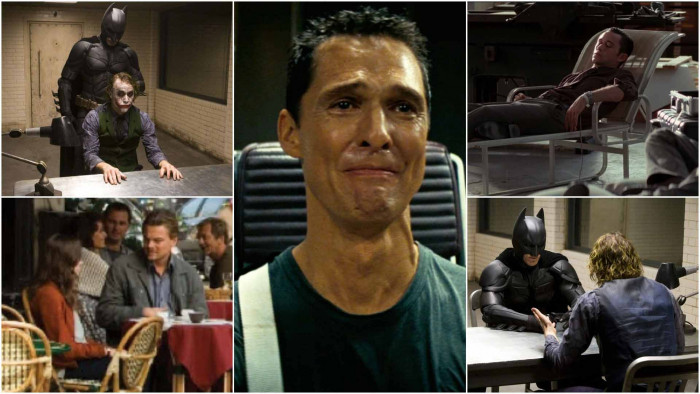 You've got to love a director who has his quirks. William Friedkin would famously get naked when there was a nude scene in his movies to make the actors feel 'at ease'. David Lynch loves a bit of transcendental meditation to get him through the filmmaking process. And then there's Stanley Kubrick who liked to put actors through hundreds of takes for the right shot.

Christopher Nolan is an astute filmmaker, so meticulous that his movies are usually finished early and under budget. But he also has his own particular set of skills that he likes to bring to set - nope, it's not his penchant for natty scarves but his dislike of chairs.

Speaking to Variety for its Actors on Actors issue, she revealed all about the no-chair policy.

“He doesn’t allow chairs, and his reasoning is, if you have chairs, people will sit, and if they’re sitting, they’re not working,” Hathaway said.

“I mean, he has these incredible movies in terms of scope and ambition and technical prowess and emotion. It always arrives at the end under schedule and under budget. I think he’s onto something with the chair thing.”

UPDATE:In one of the best clarifications we have read in a while a spokesperson for Chris Nolan has clarified to Indie Wire what Hathaway meant. Apparently, there isn't a wholesale ban on chairs but he's not a fan of "the the directors chairs clustered around the video monitor, allocated on the basis of hierarchy not physical need." The statement continues: "Chris chooses not to use his but has never banned chairs from the set. Cast and crew can sit wherever and whenever they need and frequently do."

It also goes on to say that Nolan has tried to ban two things: "cell phones (not always successfully) and smoking (very successfully)".

Hathaway also said some great things about what it's like to film with Nolan, noting: "Chris’ whole approach to filmmaking is one of my favourite ones. He’s broken it down to its most minimal, but also his movies are just so huge and ornate. That combination of really being intentional about what it was that we were doing — and also, he’s just so inspiring.”

But, chairs is what the internet has latched onto for obvious reasons. Hathaway's remarks have sparked a number of memes - there are loads to choose from.

Nolan can do all the chair banning he wants, in our opinion. You just have to look at our best Christopher Nolan movies guide to see that he's made some of the best movies over the last 20 or so years, so no chairs is fine by us.

In fact, he's so prolific we think he more than deserves a sit down - not that he would agree.