Samsung is back with another noteworthy Galaxy line-up. 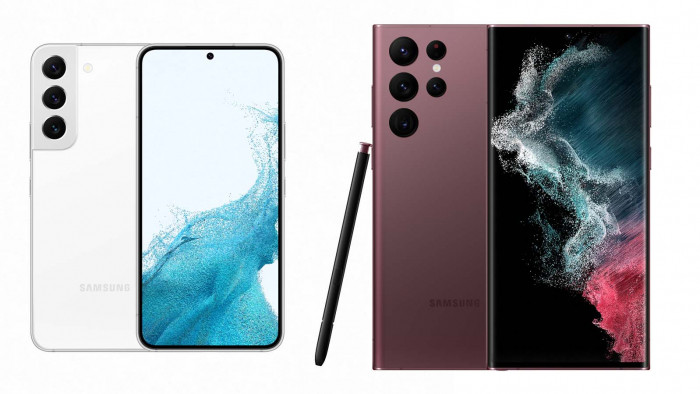 This is it. This is what Samsung has been building up to with its new premium range of handsets, a premium phone series that - at the Ultra end - combines the power of its Note line-up, with the camera functionality of its S Series.

The Samsung S22 series is here and, boy, does the tech giant mean business.

The differences are as follows.

There is Fast Wireless Charging 2.0 on board for all devices so you can chuck those pesky wires.

The Samsung Galaxy S22 Ultra is the most premium handset in the S22 range and it has been given an in-built S-Pen. This is another move by Samsung away from the Note range, adding to its S range the all important stylus.

According to Samsung it’s the fastest, most responsive S Pen ever made. With 70% lower latency. The S Pen offers up things like Air Actions, is compatible with Samsung Notes and, among other things, will allow AR Doodles, too.

3. There is A LOT of storage available on the S22

The capacity of the Samsung Galaxy S22 is expansive, with both offering 8GB RAM and 128GB or 256GB internal storage.

4. Those S22 cameras are set to offer a DSLR-like experience

The Expert RAW app is on board which means that the in-camera editing tools will offer up a DSLR-like experience . You can save photos in RAW format up to 16bit. And, like a DSLR camera, you can brighten or darken your photos with ISO settings and shutter speed, adjust white balance and all that gubbins. You can also manually focus on your subjects.

Other camera features include: AI supported features like Portrait mode, Advanced Nightography features and a bigger camera sensor that lets in more light.

5. There’s a cracking Disney Plus offer tied in with the handsets