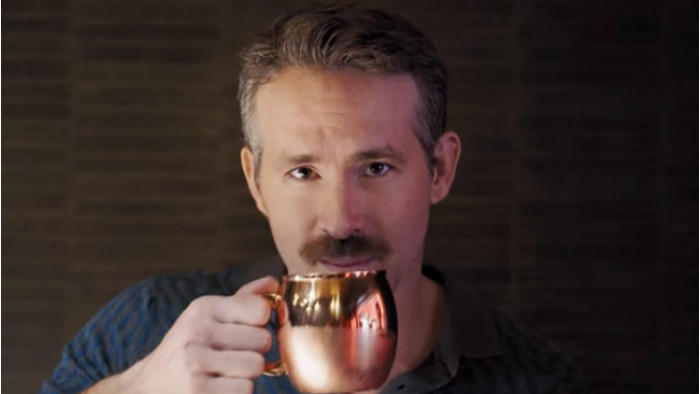 Deadpool star Ryan Reynolds has nailed the fine art of sarcasm. When he’s not trolling his wife, Blake Lively, with the most unflattering photos he can get his hands on, the actor enjoys nothing more than mocking his fellow actors and creating fake feuds left right and centre.

This time, the star has taken aim at Justice League and Superman star Henry Cavill in a short but sweet clip for Reynolds' recently acquired alcohol brand Aviation Gin.

Coinciding with the launch of Movember - a charity campaign aimed at raising money through the growth of facial shrubbery - the 17 second ad entitled “honestly sorry about this” sees Reynolds donning a pretty impressive moustache whilst declaring: “Does drinking Aviation Gin make you feel like a superhero? I wouldn’t know.”

And then the awful CGI trickery kicks in.

As Reynolds’ takes a swig of his mug, his ‘tache mysteriously disappears in a terribly edited piece of post-production.

The sly dig sees his top lip moving out of time with the rest of his face - a nod to fellow actor Henry Cavill, who infamously lost his facial hair to a terrible feat of editing during the post-production for superhero movie Justice League back in 2017.

The editing incident came about after the team behind Cavill’s subsequent movie - Mission Impossible: Fallout - banned the actor from shaving during the filming as established facial hair was needed for the role.

Needless to say, we’re hoping that his flair for mockery doesn’t cease any time soon.