We might see a RoboCop TV show without RoboCop

If the pilot gets picked up, it's all about the OCP. 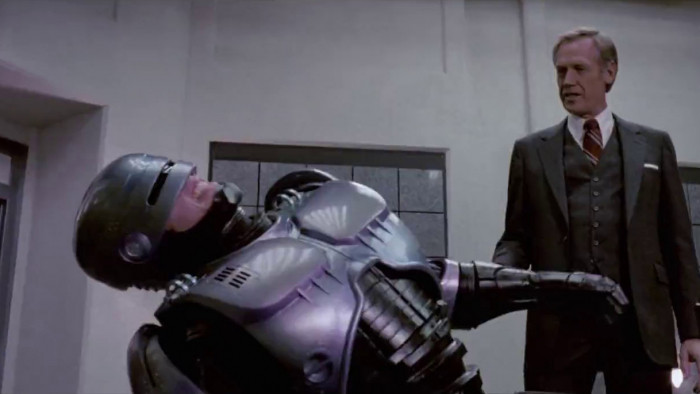 If ever there was a film that summed up the '80s, it was RoboCop. Based in a dystopian version of America, where the cops can't contain the violence on the streets so they hand over power to megacorporation Omni Consumer Products, it's an ultra-violent schlock fest with a brilliant message.

Directed by Paul Verhoeven, it's a movie of bloated '80s excess that is also a classic action flick.

Core to this, and the title kind of gives it away, is RoboCop. Paul Weller is brilliant as the robotic moral centre, playing the wet-behind-the-ears Alex Murphy with aplomb and managing to shift gears when Murphy is blown apart and reassembled by the OCP to become RoboCop.

Now, it looks like a prequel TV show is in the works, but there will be a key part missing: RoboCop himself.

This is according to MovieHole (picked up by IGN), who have the info on the new series. They spoke to Ed Neumeier, the writer of the original 1987 movie, who confirmed the show was being talked about and that it would focus on a younger Dick Jones, played perfectly by Ronnie Cox in the movie.

“It has all the cool stuff about RoboCop except no RoboCop," says Neumeier.

“There’s the idea of doing things about business and law enforcement in the city of Detroit a minute-and-a-half in the future,” he explained. “It would be a way to do all sorts of stories about business and tech, Silicon Valley, corporations, snakes in suits, cops, all that. It’s a wonderful rich tapestry."

Now, we were all ready to baulk at the idea, but if they can nail the atmosphere of the first movie and set something among the corporate greed that was shown brilliantly in the movie and pepper in a little bit of the ol' ultra violence - maybe a young Clarence Boddicker- then this could actually work.

Having the original scriptwriter makes us feel a little more confident that there could be something in this.

Neumeier admits there are a lot of hoops to jump through, though, saying: "if MGM is willing, if we can find the partners, if we can get this pilot made, if we can convince a bunch of people – it’s amazing how many people you have to convince – if that all works out maybe we’ll get a TV show up."

Until then, head to our best '80s movies where RoboCop is riding high.