Quentin Tarantino movies: his films, in his own words

Before Once Upon A Time In... Hollywood - Tarantino chats about his career so far. 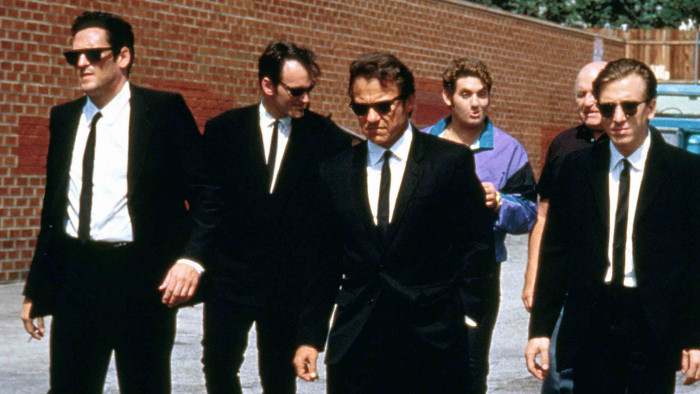 Quentin Tarantino's Once Upon A Time In... Hollywood recently premiered at Cannes 2019 to glowing reviews and a five-minute standing ovation. The movie, starring Brad Pitt, Leonardo DiCaprio and Margot Robbie and set in 1960's LA at the time of the Manson murders, is set to be the cherry on top of what has been a fantastic and wide-ranging career.

Back at the launch of Hateful Eight, Tarantino spoke talked ShortList through the major films on his distinguished CV - from Pulp Fiction and Reservoir Dogs, two of the best 90s movies around to his westerns that began with Django Unchained. Here's that interview again, in full, and don't forget to vote for your best Tarantino movies too

“It came out in a huge year for independent film. It did really well all over the world, but in England it was a different story. It didn’t just do well as an independent film, it became a cultural phenomenon. I went to England, did my press, and then after the film had been playing for about a week, they wanted me to come back. Why? They said, ‘You’re the toast of London.’

“When it comes to the movie, if I was doing it today, I’d probably attack it differently, because I’m a different person. But I wouldn’t change anything – because that’s that guy’s movie. Any mistakes in it were made honestly. And I’m a lot like him. Not 100 per cent, but I love that guy. And because he did such a good job, I get to make movies now. I’m really proud of that guy. He wanted to do it his whole f*cking life, and when he finally had the chance he didn’t blow it".

"I love True Romance. It was the first script I ever finished. That was my voice. I liked movies, I wanted to make movies – so what can I make that I wasn’t seeing? That’s the whole point – to make movies I couldn’t see otherwise. And, particularly with True Romance, Reservoir Dogs and Pulp Fiction, that was me learning who I was.”

“Natural Born Killers I don’t like. I’ve never seen it from beginning to end.”

“It’s a mixed bag. People didn’t respond to it that much when it came out. But it’s funny, I watched it again the other day. I hadn’t seen it in years so I actually got my Laserdisc out and skipped to my section to watch the story. One of the things I like about it is there’s a real confidence to my performance that I don’t think I’d have right now. So that was a nice thing to watch.”

“When this was coming out in England, the idea it could be better than Reservoir Dogs was just ridiculous. Nothing could beat that, as far England was concerned. Then it won the Palme d’Or and people said, ‘OK, well maybe it can be as good.’ But it’s not better, it’s just more ambitious. Reservoir Dogs was so intense they remembered it being more violent than it actually was. Pulp Fiction was more overtly comic, which allowed people to really see what I was trying to do.”

"My only movie that takes place in the real world, as opposed to the Quentin world. I knew I could never top Pulp Fiction, so I made something that wasn’t trying to compete. It was more about character. It‘s moody and sombre. Some people liked it and some didn’t. Some thought it was too long, some thought it was terrific. But everyone thought it was a weird turn. As time has gone on, there are people who look at my work and go, ‘There’s Jackie Brown, and there’s everything else. In the others he’s just horsing around, but that’s his best movie.’”

“In an ideal world I’d rather not have split it up. But we don’t live in that world. Kill Bill was an idea I’d had during Pulp Fiction – a little movie I was going to do while preparing for my big epic Inglourious Basterds. Cut to Kill Bill one and two. By splitting it up, it became a big hit – people saw it and people liked it. Otherwise the only way to watch would have been as a four-hour movie. But it ended up working really well. There was a very natural split in them, and the Crazy 88 sequence was just a fantastic climax.”

[Conceived as a double feature called Death Proof with Robert Rodriguez’s Planet Terror, but released as a solo film in the UK]

“People just didn’t get the double feature idea as much as we wanted. But
I am happy with Death Proof. Do I think it’s the lesser of my movies? Yeah, I do. But when I start watching it I stop thinking about that. It’s like the little bon-bon of a movie inside my filmography. I love that aspect of it – it’s a really good bon-bon. And I think the soundtrack is one of the best ones in my catalogue.”

“I started writing it after Jackie Brown. After about a year and a half I realised I wasn’t going to finish it. I had this great crazy f*cking novel that didn’t get going until page 80. So I put it away. After I’d had a bit of a flop with Grindhouse and Death Proof I went back to it. I was going to do it as a mini-series. I told Luc Besson and he said, ‘You’re one of the few filmmakers who makes me want to go to the movies. And you’re telling me I have to wait five years?’ I couldn’t unhear that. I thought, ‘Let me try one more time.’ And that’s the movie I released."

“I had a really good time with Django. It’s a violent movie, and people were really sensitive about it at the time. That’s the way it was. But it’s another movie that’s grown in people’s estimations since it came out.

"It did really well, but people weren’t saying it was my best movie. Now there’s a whole contingency of fans who say it’s my best. And that’s f*cking awesome."

"I like westerns, and I like the idea that, when I’m done with everything, I’ll be considered a western director. That I had my western period. And I think you need to do three westerns to consider yourself a western director. You can’t just dabble in the genre. Kill Bill: Vol 2 doesn’t count, as much as I wish it did. And neither does Inglourious Basterds, as much as I tried to shoot it as a spaghetti western. Wannabe westerns don’t count. I need three movies with… horses, I guess. And no electricity. Or limited electricity at the very least. After Django, this is my next contribution to the genre. I’m so proud of it. I think it might be my favourite of my scripts. And I really like my handling of the material. You could describe it as Reservoir Dogs as a western. There’s that spiritual connection. And there’s an aspect of coming full circle.”

Once Upon A Time in Hollywood is out in UK cinemas 15 August.