Prey first reactions: get ready for one of the best Predator movies ever

The latest Predator film is getting rave reviews. 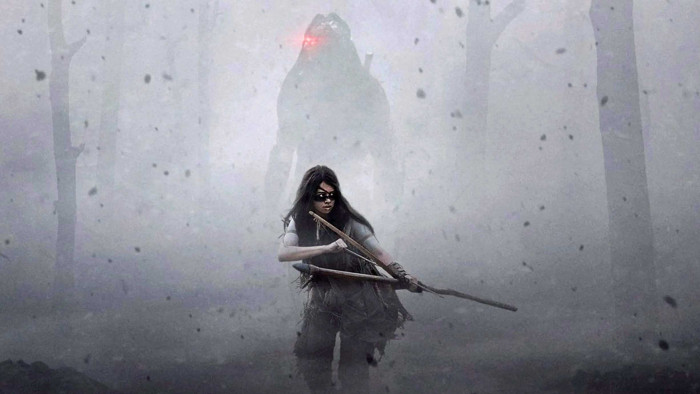 When it was announced that the latest Predator movie, Prey, was bypassing the big screen and heading straight to Hulu and Disney Plus, we were a little worried the the film wouldn't live up to expectations.

Well, we worry no more as the Prey first reactions have come in and this is being touted as one of the best - if not, the best - Predator movie.

Prey is a prequel of sorts to the original Predator. Where that one was set in the late '80s in a rainforest in Central America, Prey goes way back to the 1700s and follows Naru (Amber Midthunder), a warrior from the Comanche Nation who is out to hunt the mysterious predator, before it hunts her and her tribe.

In total, there have been seven predator movies, two crossovers with the Alien franchise. None of the releases have ever got close to the magic of the first film, which starred Arnold Schwarzenegger and was directed by action movie veteran John McTiernan, who went on to Die Hard straight after shooting that movie.

Prey, however, after its screening premiere at this year's San Diego Comic Con has everyone in agreement that this one is up there with the best in the franchise.

Here's what the critics have been saying...

#Prey is my favorite Predator movie. (Coming from someone who's a big fan of the original and also 2010's Predators.) Love how the story is a deeply personal journey -- one powered by Comanche tradition just as much as it is by Predator-sparked thrills. pic.twitter.com/2hjoGhk2Mw
— Perri Nemiroff (@PNemiroff) July 22, 2022

Prey is as worthy & badass a Predator movie as we've seen since the original. Beautifully shot, tightly written, excellent characters, and some of the grossest, most wildly entertaining sci-fi action in the franchise. It's exciting, fun, powerful, & I can't wait to watch it again pic.twitter.com/bpXx7zDhUj
— Germain Lussier (@GermainLussier) July 22, 2022

PREY pays homage to the original Predator while delivering something fresh. Raw action balanced w/ suspense, Trachtenberg knows how to keep you invested.

And the Predator? Just be glad he isn’t hunting you. #PreyMoviepic.twitter.com/kDVaN7Ru4r
— Ashley Saunders (@ThatAshleyErin) July 22, 2022

I honestly think #Prey might be the best Predator movie. Not since the first movie, just best, period. It's got all the tense action, but it adds compelling characters, Amber Midthunder as Naru is a revelation, It's Predator broken down to its core elements and rebuilt better. pic.twitter.com/Hml1dhPuQl
— Stephen "Dirk" Libbey (@childe_dirk) July 22, 2022

#Prey is one of the best entries in the Predator franchise. Distinctly different from its predecessors, PREY still captures the spirit of the films while also featuring an unexpected hero that's easy to root for. Visually stunning and intensely violent, prepare for heads to roll. pic.twitter.com/zZw9jNqARi
— Shannon McGrew

#PREY is, indeed, the best Predator entry since PREDATOR. All praise to Amber Midthunder who owns the screen against her alien foe. It’s back to the bloody basics of a thrilling hunt that delivers everything I want from a Predator flick in its brutally primal glory. pic.twitter.com/2QWpwOgwGI
— Matt Donato (@DoNatoBomb) July 22, 2022

New #Predator movie #Prey is a blast - savage survival horror that takes the franchise back to basics, it features a badass heroine, an adorable

, and some truly BRUTAL kills. And you can see it soon as #PreyMovie hits @DisneyPlusUK on August 5. pic.twitter.com/BXnbZVbpSi
— Chris Tilly (@TillyTweets) July 22, 2022Prey is exactly what fans want in a Predator movie -- bloody deaths, insane weapons, and ties to other films in the franchise.

Technically the first Predator movie, Prey is an absolute blast thanks to crazy kills and jump scares.

Prey is out on Disney Plus and Hulu 5 August.