Real tips, no cheap shortcuts - you need to listen to Schwarzenegger. 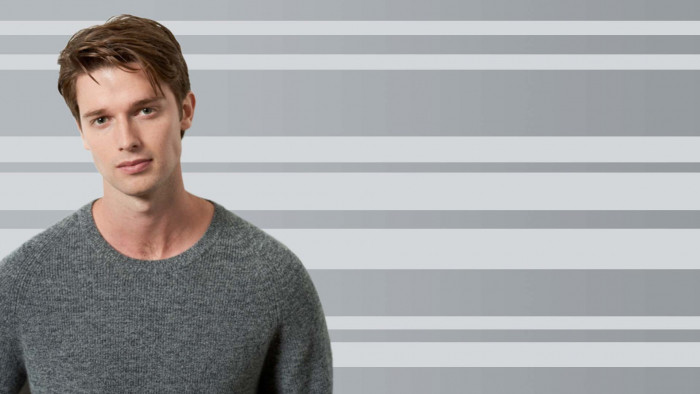 Three golden rules to live by: always drink eight glasses of water a day, don’t stress out over your email before 9am, and if a Schwarzenegger gives you workout tips, well, you listen.

Fortunately, that very occasion came up when Shortlist spoke to actor Patrick Schwarzenegger to celebrate his new movie Daniel Isn’t Real. It explores themes of mental health and childhood trauma in a delightfully watchable horror movie package. Schwarzenegger revels in his role as an over-the-top, villainous imaginary-friend-gone-bad.

Perhaps it’s no surprise Schwarzenegger is always in peak, Michelangelo’s-David-league physical condition: he’s also a model, starring in the campaigns for the likes of Tom Ford and Calvin Klein. And he’s the son of Former Governor of California Arnold Schwarzenegger, the most famous body builder in history. Yes, there’s that.

So naturally, Schwarzenegger, who also invests in a gym in LA, didn’t need to do any particular prep for his shirtless scenes in the new film, “It’s my ritual to work out every day. So I just stuck to that. I didn't even know that I was going to have a shirtless scene in this movie until the day of, actually,” he told us, “If I’d have known that was going to be happening maybe I would have tried to get into a little better shape!”

Even so, he continues, he has a dedicated workout regime: “Yes, I get up at 5am to go to the gym. I’m that guy.”

This isn’t movie magic, this is just what this guy looks like all the time. Naturally, we had to know his secrets. Here, Patrick Schwarzenegger reveals his top 5 fitness tips to get a body just like his. You will get your money’s worth out of that Fitness First membership, after all…

Daniel Isn’t Real is out in cinemas, and available on Blu-ray and Digital HD now.

“People tend to go to the gym and just hang around on their phones for 45 minutes, walk on the treadmill, and then they call it a day. They say they ‘went to the gym’, but they’re not seeing any results. So, I’m a big believer in group workouts: When you're in a group workout class, you're committed to being there for an hour without any phone, and other people's energy, and the trainer’s energy, is contagious.

2. Make like Arnold and commit with your body and mind

“My dad has always been a believer in committing to a plan: he always used to wake us up really early in the morning. He always makes sure that it goes back to that mindset, and that mindset relates to business and much as it relates to the gym. When you're in the gym, and you're committing to working out, it's really one of the only things that you do in life that's committing your mind and your body towards the activity.

"When you're getting up at 5.30am to go to the gym, and you start pushing around the weights, it's not only a physical strain but it's a mental strain. And that's one of the biggest things that he’s a believer of in working out, and why he tries to get people to work out, because it's really testing both your mind and your body at the same time.”

3. Even if you don’t want to go - think about the after

“Sure, there are times when I'm really tired and I'm dreading going to the gym. But I'll tell you, there's no better feeling than when you're done with the gym and you feel the blood flow, and you’re feeling pumped. It’s the best feeling. You can't listen to the voice in your head before you go, it’s always about really trying to soak into that feeling of the after. Because there is no better feeling than after working out; the rest of your day is totally changed.”

4. Switch it up and keep it fresh

“I like to do everything: I like to do hikes, I like to do walks, I like to do swimming, I like to be in the weight room. It just depends on the day. I always like to switch it up. I go to a strength and cardio class, going back and forth from the rower, to weights, to bodyweight stuff, and that's the majority of what I do. That kind of gets that cardio aspect, and the weight part. It’s multifunctional.”

5. Fitness is a marathon, not a sprint - so stay away from the diet tea

“It's a longer process than people hope for. You can't just want to go to the gym for a week and then want to see results, and just expect to lose a bunch of weight. It takes time and it takes patience and you have to know that going in.”

“You have to have a ritual. You can't always try diets, like, ‘Take this booty tea!’, ‘Take that apple cider vinegar!’, ‘Don't eat today!’, ‘Eat only watermelon for the first 10 hours of the day!’ People like to buy into all those different quick ways to lose weight, and then they get so annoyed with that process that they end up quitting, and then they're back to where they started out.

"The best advice I can give is just to stick to a routine, and a ritual, that lets your body have those treats and that fun, but also that you stay dedicated and determined during the week.

BONUS: But also… give yourself a break and have an ice cream on the weekend

“I'm a big proponent of ‘work hard, play hard’. If you stick to being committed and good during the week, then why not give yourself the weekend off? I don't drink any alcohol Monday through Friday. I do 10 to 14 hours of fasting from 7pm until 9am. I eat really clean during the week, because that allows me to go and do whatever I want on the weekends: not work out, eat, drink and binge, if I want to.

"My favourite cheat meals are banana pie and ice cream. I love to eat two pints of ice cream on a Sunday night. Actually, just last weekend, I got a new flavour at my local ice cream shop called Banana Cream Pie, which was really a two-in-one for me.”