OnePlus 7T preview - 7 things to know about the new OnePlus

The new OnePlus 7T is here and we've had a play 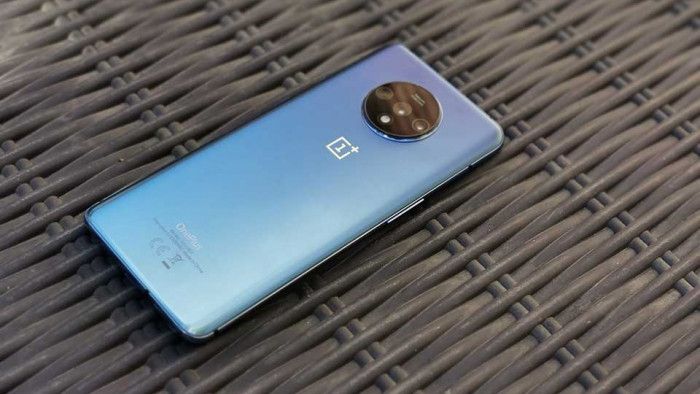 OnePlus is a brand that’s skyrocketed in recent years. Originally starting off as a direct to consumer handset company, it gained prominence thanks to its well-priced handsets and bevy of OnePlus fans.

The latest handset is the OnePlus 7T - the tock to the OnePlus 7’s tick. This OnePlus 7 follow-up may share some of the same specs, it has been given a significant boost where it matters - mainly in the camera.

Here are 7 things we’ve learned with our time with the OnePlus 7T, a phone that may not yet have a price tag but is shaping up to be one of the best midrange handsets out at the moment.

The OnePlus 7T may have only just been announced but we have already managed to put it to test in our best mid-range smartphone camera guide.

1. The biggest change is the camera

Looks wise, the OnePlus 7T is significantly different to the OnePlus 7 and that is all thanks to the camera array on the back. There’s a triple camera setup on the back: a 48MP wide angle (f/1.6) + 12MP 2x zoom (f/2.2) + 16MP ultrawide (f/2.2). The design is fantastic. Having it central means that you don’t accidentally put fingerprints on the lens and, as camera bumps go, it’s lovely looking.

It’s screen is one of the best we’ve seen on a mid-range. It’s OLED for a start (OnePlus is calling it Fluid AMOLED) but the key here is the refresh rate. Everything is buttery smooth, thanks to the 90Hz refresh rate. To put it into context, most phones refresh at 60Hz but the OnePlus 7T has been given the same refresh rate that can currently be found on the OnePlus 7 Pro.

The screen has been given a revamp. Compared to the OnePlus 7, the waterdrop notch on the front has been reduced by an impressive 32%. The handset is 6.5 inches in size and has a decent new aspect ratio. It is now 20:9 compared to the 19.5:9 size of the OnePlus 7. What does that mean for the person using it. Well, making it slightly longer makes it easier to hold. It’s also not a curved screen, like the OnePlus 7 - we would rather the curve, but that’s just our preference.

OnePlus has done something pretty special with the OnePlus 7T paint job - it’s given the glass it’s made out of a matte finish. This is really impressive up close and a really nice respite from the shininess of phones that are around at the moment. The handset we got to play with was glacial blue and apparently the phones have to go through a number of acid baths to keep the finish looking great. Ouch.

The OnePlus 7T has the all-new Snapdragon 855 Plus chipset so it’s really fast. Couple the speed with the refresh rate and this is one zippy phone. There’s an on-board optical fingerprint sensor that’s speedier, too, and works much better with sweaty fingers, and the charging has been, well, supercharged - in our tests we managed to get the phone juiced up to 50% in just over 10 minutes, which is really impressive. This is all thanks to the Warp Charge technology. It does slow down after this, but you can charge the handset fully in about an hour.

There’s a really nice touch to the OnePlus 7T and that is that the screen blocks up to 40% blue light so it is a lot easier on the eye. As well as this, the panel is 27% brighter (it has a peak of 1000 nits), which gives you visual comfort even in direct sunlight.

There’s also a really nice Zen mode, which shuts out all notifications for the time of your choosing - it’s a really nice ideas that is there to wean us all away from an always-on world.

The OnePlus 7T ships with Android 10 right out of the box, meaning this is one of the most up to date phones out at the moment. Android 10 offers up things like new user interface, dark mode and privacy management. OnePlus’ Oxygen layer on top of this is decent to use as well.