Radioactive tests can tell if you've been given a dodgy dram. 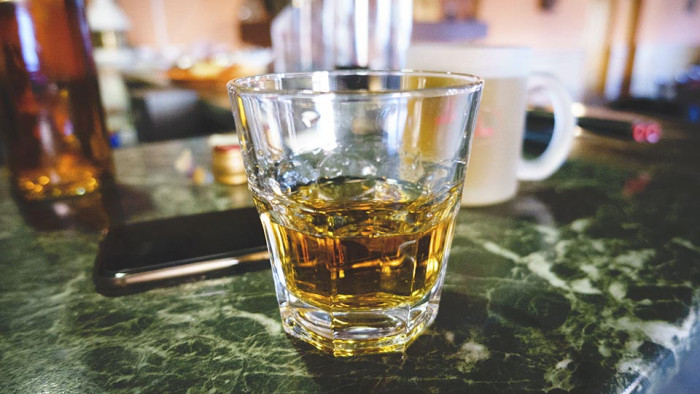 When it comes to vintage whisky, you aren't really paying for the matured taste but for how rare it is. You may well actually get a better dram out of a 20-year-old bottle but that's not the point: what you are paying for is the fact that there are hardly any bottles of your particular drop around.

Because of the high prices rare whisky goes for, there's a decent counterfeit trade preying on unsuspecting whisky buyers, passing off younger whisky as being mature than it is.

Some scientists may have come up with a solution, however, and is all to do with Nuclear Fallout. In a Cambridge University Press paper, it is revealed that because of nuclear bomb tests in the '50s and '60s, it is possible to test a whisky's age and determine if it is of a legitimate vintage.

The team at the Scottish Universities Environmental Research Centre researched 221 whisky samples (it's a tough life) distilled between 1950 and 2015 and by looking for the radioactive isotope carbon-14, they could tell the vintage of the whisky.

Because the levels of isotope carbon-14 differ every year, this helped the scientists create a 'whisky curve' where they could determine the age of the whisky within 1-3 years of its being bottled.

The kicker is, out of 100 bottles tested, over 40% were deemed fake - as in they weren't as old as was originally stated.

Testing whisky through nuclear fallout isn't a new idea - scientists have been looking into it since 2009, but this is one of the biggest studies of its kind and given Scotland exports 41 bottles of whisky a second, it's a major export for the country so making sure the date of the whisky is correct is essential.

We just feel for the poor people who bought what it thought was a 1863 bottle of Talisker, only for these studies proving that it was actually distilled in 2005.