New trailers: The 5 best movie and TV trailers this week 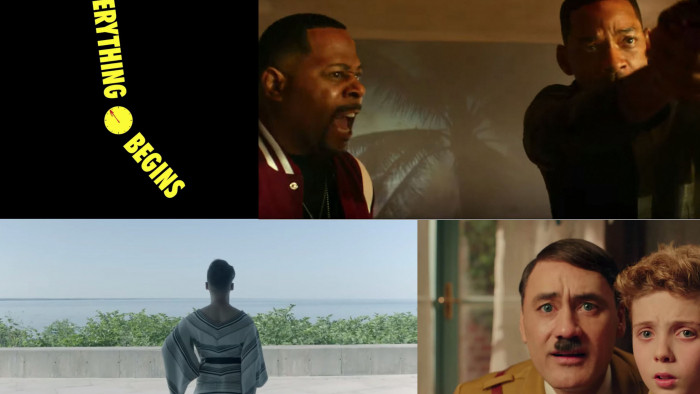 Just when we thought Blockbuster movie season was over, we got a number of amazing new trailers this week - ranging from the hilarious to the down-right thrilling.

There's something for everyone here - a big nostalgia burst, courtesy of Will Smith and Martin Lawrence, a peak at what is set to be the even TV, er, event of the year and a tubby Hitler playing imaginary friend to a German child during WWII.

Okay, glad we now have your curiosity - read more and we hope to have your attention.

Taika Waititi's latest film is a very different beast from what he's been doing at Marvel but if you are a fan of Hunt for the Wilderpeople then you are in for a treat. Describing the plot does this film a disservice. It may well be about a German child who finds out his mother has been hiding a Jewish girl, but the trailer shows that this movie is magic realism of the finest order. And, if you have ever had a hankering to see Waititi dressed as Hitler, well now is your chance.

Michael B Jordan swaps the boxing ring for the courtroom in this true story about a black man (played by Jamie Foxx) accused of murdering a white, female clerk. Jordan plays the attorney who heads to Alabama to represent him and start up the Equal Justice Initiative, which helps wrongly convicted people. For the trailer, this looks to be powerful stuff.

We never thought it would happen but Will Smith and Martin Lawrence are back for a third, and probably, final instalment as the detectives who basically destroy everything around them. If the trailer is anything to go by, expect quick quips, lots of arguing and massive action set pieces.

There was a lot of confusion when the first teaser was released but we think this is a going to be a massive smash. Working amongst the world Alan Moore created in the comic books, Damon Lindelof looks to have weaved a story about the Watchmen into a fable that mirrors what's going on in the world today - the rise of right-wing fascism and the struggle to stop it, all the time putting super heroes into the mix. This teaser is merely to tell us when the show is coming out but it's still exciting.

It's the final season of Mr Robot and this latest teaser starts to put all the pieces into place for a cracking finale. Given the star power Rami Malek now has, we are impressed that they managed to get him back to finish things off - we're glad, though, as Mr Robot has been consistently one of the best things on TV.

Want more? Then the best Netflix Originals are for you.