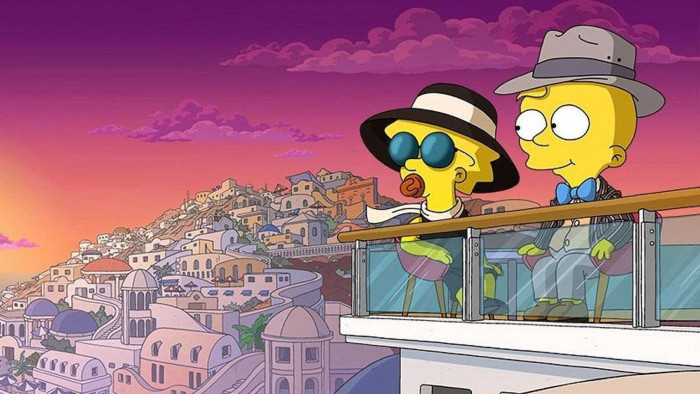 With Disney+ finally available in the UK, fans have been spending many quarantined hours watching old Disney classics and new episodes of shows like The Mandalorian.

With National Geographic, Fox, Marvel, Star Wars and Pixar content on the platform, too, it's unlikely we're going to run out of things to watch any time soon.

But you might want to make time for something a bit special – a Simpsons short film starring Maggie Simpson herself.

A Playdate With Destiny premiered on Disney+ on April 10th – and it's a rare outing for the film, which had previously only been available before cinema screenings of Pixar film Onwards.

Straight from the source.

The film sees Maggie Simpson having what seems like a normal day in the park with Marge. But when she's nearly crushed by another baby on the slide, Hudson swoops in and saves her.

The pair fall in love and have a series of beautiful playdates – but when it's Homer's turn to take Maggie to the park, things predictably start going awry.

We won't tell you what happens next, but it's as quirky and charming as you'd hope.

You can watch the short on Disney+ now – and we've also collected some of the best Disney+ shows available to watch now to keep you busy afterwards.