New Eternals trailer gives us The Avengers link we need

Marvel's latest reveals how it fits into the MCU. 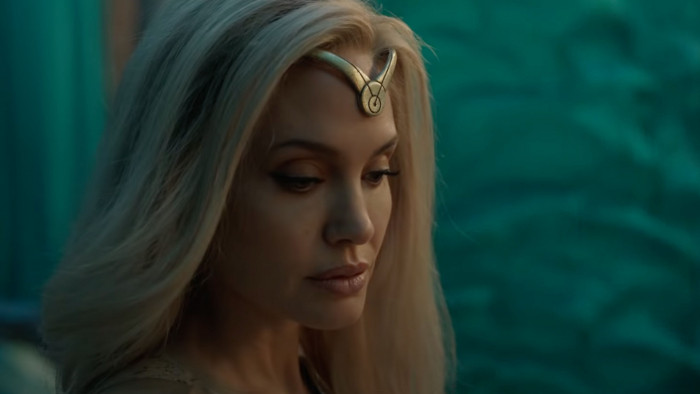 Beautiful. That pretty much sums up the first official teaser trailer for Eternals, the new big-budget Marvel movie that's due in November.

But then that was to be expected, given this is a film is directed by Chloé Zhao, an Oscar winner thanks to her brilliant Nomadland, of which we recently saw a few fleeting seconds.

In this bigger reveal, Eternals has the look of a Zhao movie - real locations, natural light, close-up camera shots - but it also has a bloody massive spaceship in it and introduces us to the Eternals, immortals who have been in the background all along helping shape Earth and the inhabitants within.

This much we knew about before the trailer hit and now we get some sort of link to them within the MCU and how they follow on from The Avengers. And this movie does indeed follow on, with a post title sting that reveals that not only do the Eternals know that Steve Rodgers and Tony Stark are both gone but they also discuss who should take over as leader.

Enter Richard Madden's Ikaris who offers to step up to the plate. Which would be a massive revelation if it were not for the fact the rest of the group fall about laughing at the thought.

This snippet is exactly what Marvel fans needed, a little bit of light relief that proves that Eternals won't just be earnest soul searching - which takes up most of the trailer - but have the superhero quips as well.

This is the ultimate tease of a teaser trailer - it really doesn't give much away. We are introduced, fleetingly, to the new batch of superheroes, Angelina Jolie's Thena shows off some of her powers, we see Kumail Nanjiani's Kingo as his Bollywood star alter ego, Salma Hayek's Ajak and a possible relationship between Richard Madden's Ikaris and Gemma Chan's Sersi.

It's perhaps Chan's character that is the most intriguing. She gets top spot in the credits, so it's likely that although this is an ensemble, it'll be her story that is told.

But what is that story? You aren't going to find it here, as this teaser is an introduction to a new band of superheroes, new worlds and it looks unlike any Marvel film since. We can't wait to see more.