And keep your eyes peeled on Doctor Who Day 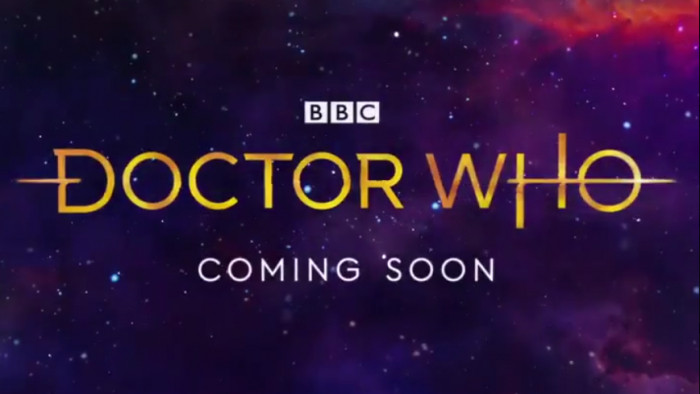 Jodie Whittaker’s Doctor Who is not set to return to our screens until early next year, but that hasn’t stopped the BBC show sharing teasers left, right and centre.

The sci-fi series has already told fans to “make space” on 23 November (aka Doctor Who Day), though we don’t quite know what for, yet.

The optimistic fan within us is hoping for a special to mark the day in 1963 when the first episode was aired, but we admit it’s probably more likely to be a trailer or release date for season 12.

Speaking of season 12, the Doctor Who has now given us a sneak peak at what to expect from the new series.

The Doctor (Whittaker) is set to continue her adventures with companions Graham O’Brien (Bradley Walsh), Ryan Sinclair (Tosin Cole) and Yasmin Khan (Mandip Gill), but we don’t know much about what to expect from the episodes themselves.

That’s a wrap, we’ve finished filming! Are you ready for Series 12? #DoctorWho

The teaser shared on Tuesday (19 November) didn’t give much away, either.

The 17-second video was shared with the caption “That’s a wrap, we’ve finished filming! Are you ready for Series 12?” and essentially just showed the cast laughing and seemingly having a great time - no sign of aliens or any enemies, though.

The only enemy you can be certain will be gracing our screens is the Judoon - aka rhino-like police force that first appeared when they faced down David Tennant’s Doctor in 2007.

The space police force were seen in set photos earlier this year, when showrunner Chris Chibnall said: “The Judoon are storming back into Doctor Who in full force, and the streets of Gloucester aren’t safe.”