And the film will be far shorter than people are expecting. 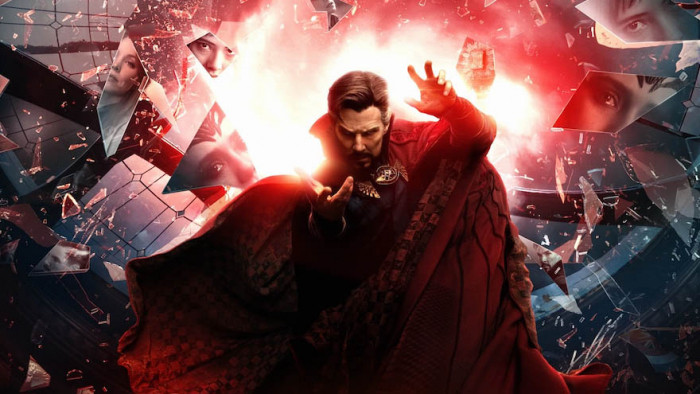 Doctor Strange In The Multiverse Of Madness is just a month away for release now and we have a brand-new teaser to remind us just what's going on in the movie,

Called Fate, the teaser explains that the multiverse is "life or death" and we're note sure if that means character we know and love are going to die in the film or not but the teaser has seemingly erased Rachel McAdams from certain scenes.

An eagle-eyed viewer has pointed out that where McAdams character of Christine Palmer (Strange's love interest in the previous movie) was in a scene, she's been edited out altogether.

Another seemingly massive change is to do with the character of The Scarlet Witch. While the movie has seemingly being gearing up to have her as some sort of villain in the movie (especially after what happened to her in Wandavision), this teaser has her teaming up with Doctor Strange as he needs an Avenger. And he also quips that "he can get her back on lunch boxes."

Whatever happens, and there has been a lot of rumors about substantial re-edits and reshoots, the new teaser makes use very excited for Doctor Strange In The Multiverse Of Madness.

Alongside the teaser of Doctor Strange In The Multiverse Of Madness, we also now know the movie's runtime - and for a final twist, it's the shortest Marvel movie for a long time.

While it is dealing with the complexities of the Multiverse, it's only going to be 2 hours and 6 minutes. This is the exact runtime of the original Iron Man.

Considering Eternals was 2 hours, 36 minutes and Spider-Man: No Way Home was 2 hours, 28 minutes this will be relief for those who like their Marvel movies that little bit more concise.

Doctor Strange In The Multiverse Of Madness is set to hit the big screen 4 May.