UPDATED: Probably best not to get pissy about this one. 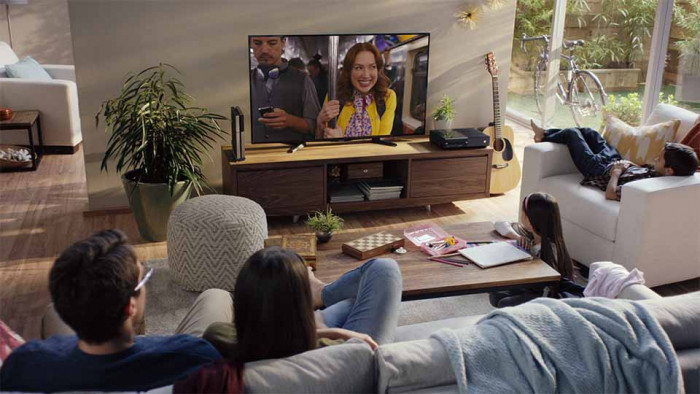 Netflix has revealed that to make sure that Europe's broadband infrastructure doesn't buckle under the pressure of all of us working from home, it will reduce its streaming bitrates by 25%.

While it was initially assumed that this would mean that you might not be able to watch your favourite shows in 4K (which seems a pretty good compromise given that we are living in unprecedented times right now), Netflix has clarified in a Tweet that this may not actually be the case.

This is a technical change that shouldn't affect the quality of the streaming – you will continue to see content in the quality of your plan (always depending on the connection and the device, as before), so your experience should be the same.

If it is just a back-end fix, though, then you have to wonder why they weren't doing that in the first place.

The company made the decision this week, noting in a statement to Variety: “Following the discussions between Commissioner Thierry Breton and Reed Hastings - and given the extraordinary challenges raised by the coronavirus - Netflix has decided to begin reducing bit rates across all our streams in Europe for 30 days.

“We estimate that this will reduce Netflix traffic on European networks by around 25% while also ensuring a good quality service for our members.”

Why is reducing bitrates important? Well, if we are all on a Zoom call to Peter in accounts at the same then that saps up broadband usage and, quite rightly, that is seen as being more important than us getting our binge-watching fix.

And Netflix's usually adaptive bitrates are rather thirsty. Even a standard definition stream will eat up 1GB of data, while if you are watching in HD then that is around 3GB.

This is only a European initiative for now, so anyone in the US and other places can bathe their eyes in 4K goodness. For the (nearly) 52 million Netflix users this will affect, yes there will be a reduction but it should also mean that you will be able to get on with your work, if you are lucky enough to still have a job right now.

We expect other streaming companies to do the same soon. Netflix hasn't revealed if this will mean that, if the quality of streams does drop, it will be offering discounts to those on its highest tier which offers UHD quality content.

This article was updated to reflect Netflix's Tweet about the situation.