Netflix to fill Friends void with all 180 episodes of Seinfeld 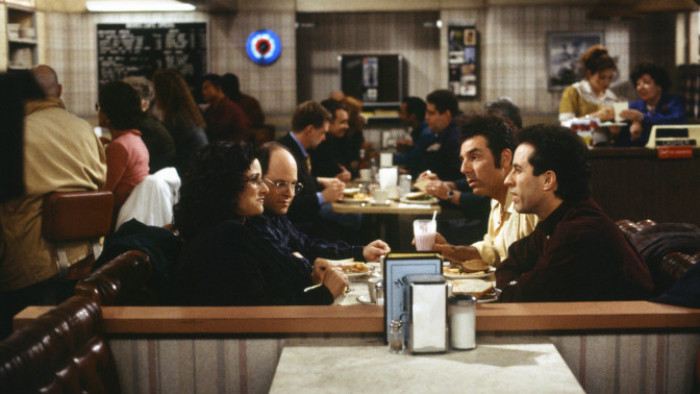 By Holly Pyne
17 September 2019
Having recently lost its streaming rights to Friends, Netflix needed something to fill that US sitcom hole - luckily, Seinfeld exists. The Emmy-award winning 90s sitcom, which follows four single friends dealing with the absurdities of everyday life in New York (sound familiar?), will be available globally on Netflix from 2021.

All 180 episodes of the Emmy-Award winning Seinfeld are coming to Netflix — worldwide! — starting in 2021 pic.twitter.com/tLvcCKH4vl
— Netflix US (@netflix) September 16, 2019

Why the wait? Unfortunately, Netflix has to hold off until the show’s current US agreement with Hulu expires. However, when it does finally get the rights to Jerry & Co, they’ll be sticking around for a decent five year stint.
We don’t yet know how much Netflix paid for the privilege, but a number of sources have suggested it to be more than the $425 million paid for Friends, which will be leaving Netflix in 2020 for HBO Max, WarnerMedia’s new streaming service. This all comes with the big disclaimer that all nine seasons of Seinfeld are already available on Amazon Prime, so if you’re really that impatient to wait, perhaps just head over there now.