“This last test has generated a fair amount of feedback" 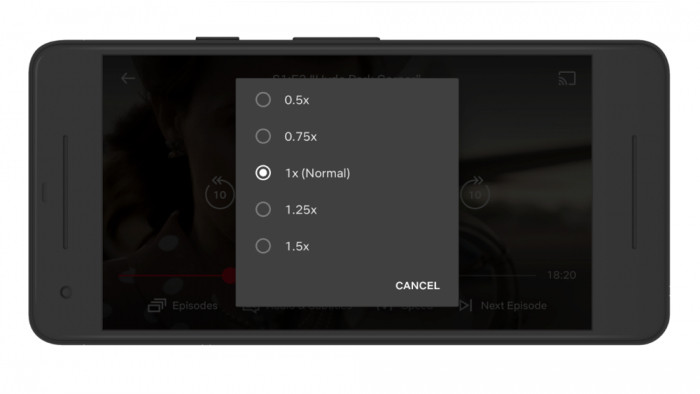 When Netflix announced it would be introducing a new feature allowing users to speed up content, there was a decidedly mixed response. Some found the suggestion absurd, whilst others bemoaned the impact it would have on the great art of cinema. People, in short, really had an opinion.

Well, the company has now released a blog post explaining exactly why it made the decision.

The feature, it said, has been available for years on DVD players – and that it has no plans to roll it out to every single user.

"This test has generated a fair amount of feedback - both for and against," the company writes. "This is a mobile only test and gives people the ability to vary the speed at which they watch on phones or tablets - choosing from normal to slower (0.5X or 0.75X) or faster (1.25X and 1.5X)."

"It’s a feature that has long been available on DVD players - and has been frequently requested by our members. For example, people looking to rewatch their favourite scene or wanting to go slower because it’s a foreign language title."

So there we have it – an explanation. Is it the end of cinematic art? Probably not. Are we going to accidentally set a film to 1.5x speed and not realise why everyone's talking so damn fast? Almost certainly, yes.

Need a refresh of thebest Netflix TV shows – normal speed? Check out our pick of the best.