It hit the top 10 but didn’t do enough to avoid cancelation. 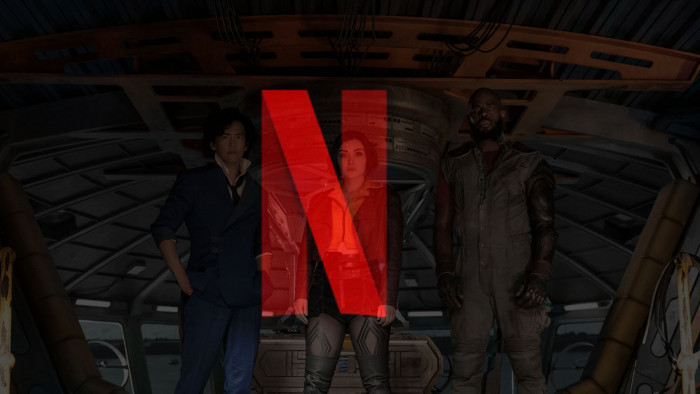 Netflix is notorious for cancelling shows before they have time to prove themselves - and it’s just done it again with one of its biggest series of the year.

Cowboy Bebop, the live-action adaptation of the successful anime, was meant to be another mega-sized sci-fi hit for Netflix. The streaming giant spent some $1.5 million on one promo campaign for the thing, but the show was released to mixed reviews. We actually think it’s worth a watch, with John Cho having fun as Spike Spiegel, but it’s not the adaptation some fans wanted.

Its muted reviews didn’t stop Cowboy Bebop from hitting the Netflix top 10 in 17 countries on Netflix, including America, Australia and France, hitting the top 6 (accumulatively) in its first week, with some 21,630,000 hours viewed. It then rocketed to top 2 the week after (only beaten by True Story) with 36,950,000 hours watched. Its third week, though, saw it slip to number 9 with 15,260,000 viewed - according to Netflix’s own stats.

It was in its third week that Netflix decided to cancel Cowboy Bebop, after just one season. This is according to The Hollywood Reporter which notes: “Insiders pointed out Netflix’s renewal rate for scripted series that have two or more seasons stands at 60 percent, in line with industry averages, and, like all Netflix renewal verdicts, the decision was made by balancing the show’s viewership and cost.”

This isn’t the first time that Netflix has dropped a show after one season. In fact there have been around 30 that never got a season 2, with the likes of Get Down, Messiah and The Dark Crystal: Age of Resistance being some of the more famous one-and-done cancellations.

The news comes as one of its other high-profile sci-fi shows has come to an end - Lost In Space is currently topping the Netflix charts with its third and final season. The arrival of Witcher Season 2 this month, however, proves that Netflix isn’t afraid of genre-based shows, but it’s also not afraid to wield the knife if it needs to.