Netflix games are here and are completely free to play

Stranger Things: 1984 arrives on Netflix - how long before a Squid Game, er, game? 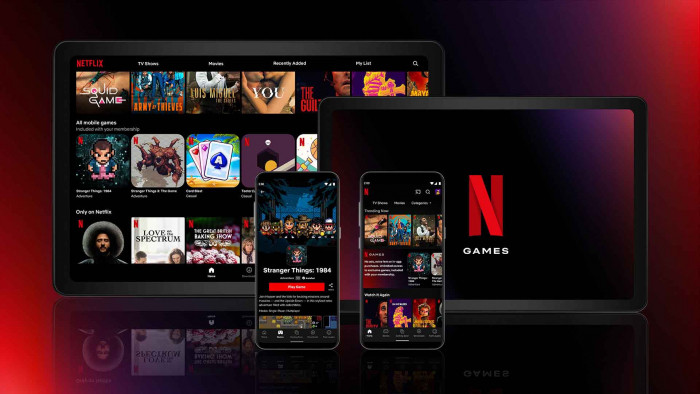 Netflix has revealed that it is rolling out its gaming service this week, with Android users getting the first taste of the experience.

Netflix has been teasing gaming for a while and now it has revealed that gaming will become a key part of the Netflix experience, with a new gaming section appearing in the Netflix app.

Currently, there are 5 games that you can choose from: two of them are based on existing Netflix franchises, while the other three are just casual games.

Speaking about the new gaming experience, Netflix said: “Whether you’re craving a casual game you can start from scratch or an immersive experience that lets you dig deeper into your favorite stories, we want to begin to build a library of games that offers something for everyone. We’re in the early days of creating a great gaming experience, and we’re excited to take you on this journey with us.”

Currently, Netflix games work by choosing the game you want to play from the Netflix homescreen, then you will be transported to the Google Play Store where you download the app. Then you register the game with your Netflix account and you are away.

Once this is done, you will be able to choose the game from your Netflix library and play.

Currently, the games are only available to Android users but Netflix is hoping it can roll out its game to iOS devices in the near future.

Netflix says the games will be completely free of advertising and in-app purchases and will be free to play.

Don’t panic if you can’t see the games through your Netflix account just yet, the rollout is happening over a number of days, so it may not have reached your country.

Netflix agrees that it is very early days for its gaming service, but it has a number of titles that would be ripe for gaming - including The Floor Is Lava and, well, Squid Game!

These are the best Netflix shows you can stream right now - how many do you reckon could become games?