Move over WandaVision: Marvel's latest TV show is set to be its strangest yet

Well, we weren't expecting that. 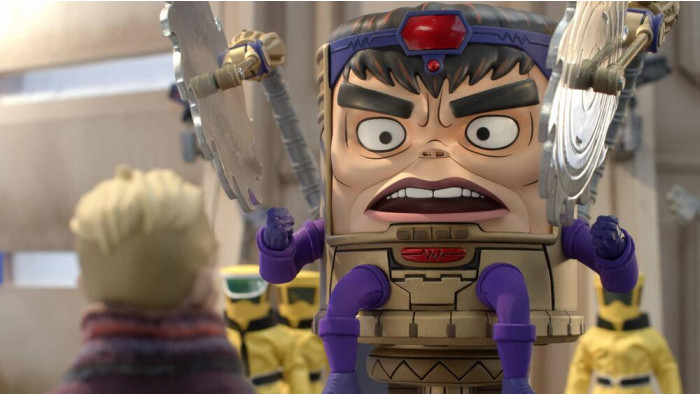 And there was you thinking that WandaVision was the most surreal thing Marvel has ever created. A new show is set to blow it out of the water in the strange stakes and a new trailer has just dropped.

M.O.D.O.K. is a Marvel show heading to Hulu and it is an animated tale about a meglomaniac supervillain that pretty much loses everything and has to rebuild his life.

The show is based on one of the more interesting Marvel villains. M.O.D.O.K. (Mental Organism Designed Only for Killing) has been around since the 60s and has bouts of comic book battles with some of the main Avengers, including Captain America and The Hulk.

It also showed up in numerous videogames and there's even been a toy line.

But now M.O.D.A.K. is getting the TV show it deserves, with some great voice actors on board for the show. These include: Ben Schwartz, Melissa Fumero, Aimee Garcia and Wendi McLendon-Covey.

Patton Aswalt is the voice of M.O.D.O.K. and he has helped write the show alongside American Dad writer Jordan Blum.

The trailer is fantastic, showing a Robot Chicken and Team America-like show with plenty of blood and we suspect some adult jokes.

M.O.D.O.K. starts streaming May 21 and is a far cry from the polished worlds of WandaVision and The Falcon And The Winter Solider. But looks all the better for it.

These are the best Marvel TV shows.