Move over Top Gun: Maverick - Avatar: The Way of Water is the biggest film of 2022

Two films, two punctuation-heavy names, but only one winner. 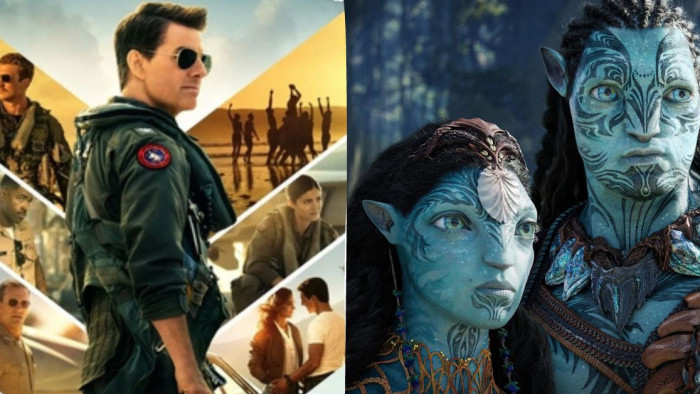 The battle to be crowned the highest grossing film of 2022 was always going to be competitive - but if initial figures are correct, James Cameron's blue CGI creations have come up trumps.

Yes, Avatar: The Way of Water is officially the highest grossing film of 2022, raking in a staggering $454 million USD domestically and over $1 billion USD internationally.

In what was a tightly fought contest, that saw everyone's favourite blue creatures battle it out against Tom Cruise and the jet-fuelled Top Gun: Maverick.

But it seems Cruise fell at the final hurdle.

According to figures released on Wednesday, January 4, 20th Century's golden child (or maybe blue) Avatar: The Way of Water raked in $1.51 billion USD globally in 2022.

It's a painful figure when you break things down, pipping Top Gun: Maverick to the post by a mere $20 million (the film clawed in a total of $1.49 billion USD at the global box office).

What that staggering post-pandemic figure reveals is our thirst for film remains, with 2022s wave of films smashing all manner of records along the way.

Not only did Avatar: The Way of Water become the 10th top-grossing film of all time, but it also claimed the number two spot when it came to the top-grossing titles of the pandemic, beaten only by Spider-Man: No Way Home.

With the film requiring a production budget of over $400 million, it's no surprise that director James Cameron said in an interview it would need to gross $2 billion just to break even.

Despite his claims, it's now predicted Avatar 2 would in fact need closer to $1.4 billion USD - but hey, who's really counting?