This could have been something special. 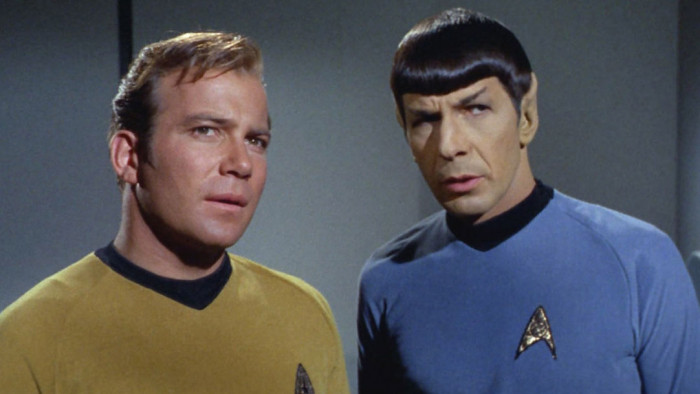 Star Trek fans should be in for a treat with the next movie. It's being written and directed by WandaVision's Matt Shackman, so we should see all the weirdness from that show make its way on to the Enterprise.

It could have been very different, though, as Quentin Tarantino was at one point attached to making a movie for the franchise and it was set to feature... gangsters.

We have heard some snippets of what the movie was going to be about, with the big rumour being that it would be like Pulp Fiction in space.

But its co-screenwriter - Mark L. Smith, who helped write The Revenant - has explained more about what it was like to work with Tarantino, as well as revealing some ideas for the movie to the Bulletproof Screenwriting podcast (according to Total Film).

"And that was the first day I met Quentin, in the room and he’s reading a scene that he wrote and it was this awesome cool gangster scene, and he’s acting it out and back and forth. I told him, I was so mad I didn’t record it on my phone. It would be so valuable. It was amazing.”

Gangsters seemed to feature heavily in the idea, with Smith noting: “Then just we started working. I would go hang out at his house one night and we would watch old gangster films. We were there for hours. … We were just kicking back watching gangster films, laughing at the bad dialogue, but talking about how it would bleed into what we wanted to do. Kirk’s in it, we’ve got him. All the characters are there. It would be those guys.

"I guess you would look at it like all the episodes of the show didn’t really connect. So this would be almost its own episode. A very cool episode. There’s a little time travel stuff going on. … It’s really wild.”

It makes sense that if there ever was a Tarantino-made Star Trek movie it would be standalone movie, but he has noted in the past that he would want to work with current Captain Kirk Chris Pine.

This news does back up what Smith said in the past that the new Star Trek movie would be a 30s-gangster, inspired by the episode A Piece of the Action from the Original Series.

If you really want space gangsters, then Red Dwarf did a great homage to the genre in is Season XI opener Twentica.