The world's best racing drivers are ready to battle it out. 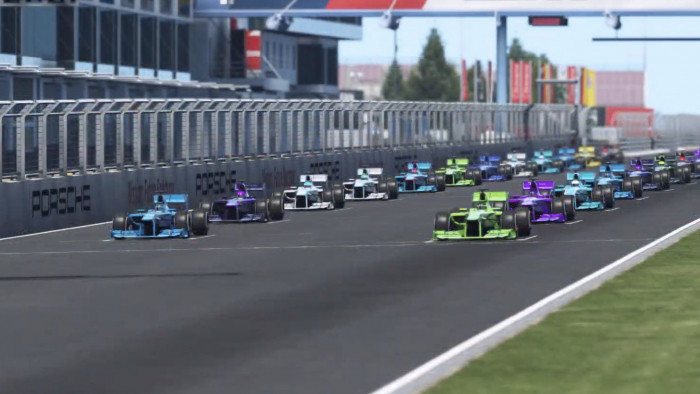 Sport is something that unites us all - whether it be through sheer passion or shared rivalry.

In light of the forced cancellation of the opening race of the Formula 1 season and the postponement of successive races, one company is bringing the racing, the stars and the speed back to our screens - well, virtually at least.

Combining the thrill of sport with the current boom in online gaming, Torque Esports has created a new type of motorsport in the form of The Race All-Star Esports Battle.

Esports has seen a surge in popularity in recent months, with the need for social distancing making it even more relevant to sports fans across the nation.

Streamed live on YouTube and Twitch (the world’s biggest live-streaming service for gamers), the concept sees real-world drivers from Formula 1, IndyCar, Formula E and Nascar take on simulated race scenarios and racers as part of the ultimate racing competition.

And there are some pretty big names involved.

The field of elite drivers were joined by a host of the world’s top sim drivers (gamers at the top of the virtual motorsport game) as part of the event which went from conception to creation in under 48 hours.

It’s pretty much the ideal antidote to cancelled sports events and quiet saturdays in.

“Race fans around the world are starved of entertainment at the moment - but the beauty of esports racing competition is the fact you can set up events anywhere around the world at any time,” Torque Esports President and CEO, Darren Cox said.

“More people watched today’s ‘The Race All-Star Esports Battle” online than watch a Formula 1 race on Sky TV in the UK – that is an incredible statistic.”

The event proved so popular according to Stream Hatchet, that the event had 90% more live viewers than any esports racing event ever held on any streaming platform.

As such, you’ll be able to catch the next installment which will be streamed live on Sunday 22 March via Twitch and YouTube.

You can keep up-to-date with future races by following them on Twitter using the handle @wearetherace.