Microsoft Surface Duo is the handheld Xbox we've been waiting for

It could open up exciting new gaming possibilities 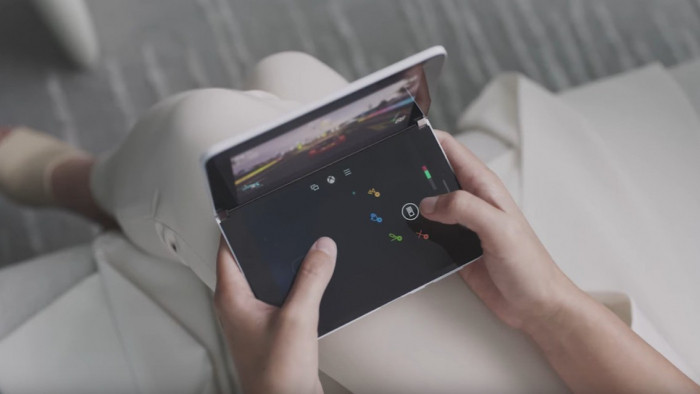 Microsoft's 2019 Surface event took place yesterday, and there were a wealth of goodies announced to the public.

New models of the Surface Pro were unveiled, and there were even some shiny new accessories on show, including some AirPod-esque headphones and a pretty delightful looking Surface Arc Mouse, available in a range of colours.

But there was one product that particularly caught our eye – the Surface Duo.

Marking Microsoft's return to smartphones, the Surface Duo, as the name suggests, is a dual-screen device. The two screens work together, with apps able to provide different, complementary content on both.

And whilst the Duo's showcase gave numerous examples of how the device can be used for productivity, we were particularly excited by its gaming possibilities.

At the moment, you need to connect a specific Bluetooth controller and a clip to play on your phone – but that looks like it might change with the Duo, which looks to have touchscreen control. That could mean your phone could be a productivity tool and a Nintendo DS-style gaming console.

No specific word on when the device will be released, but we're probably looking at late 2020 at best. In the meantime, keep yourself busy with the best Xbox games out now.