For the times when you're too exhausted to take your phone from your pocket. 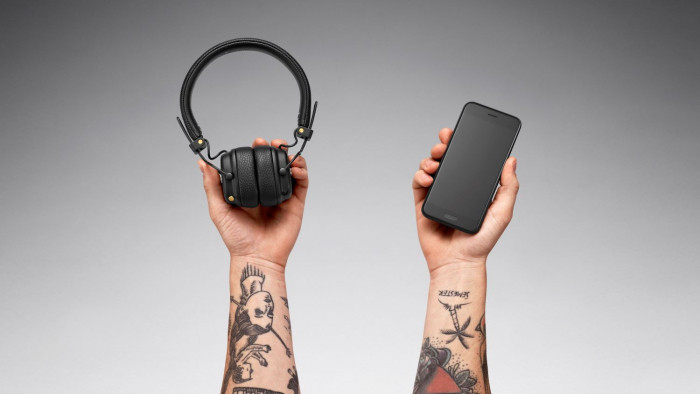 Marshall’s most popular headphones - the Marshall Major III - have had a bit of an upgrade. Not satisfied with decent sound quality, the brand’s Major III offering has employed the help of an assistant, Google Assistant to be precise.

Marshall is a brand known for making high-end amplifiers, but recent years have seen it branch into the personal audio market with an array of portable speakers and headphones.

In much the same way 2016’s Major II Bluetooth offering was indiscernible in appearance from the brand’s next generation Major III headphones - other than their slimmer shape - at first glance, the new Major III Voice headphones appear to offer nothing new in terms of aesthetics.

And you’d be right - but there’s nothing wrong with that. The headphones retain the same classic rock-inspired styling that has become synonymous with Marshall, whilst the headphones’ foldability remains a massive plus when it comes to throwing them in your bag on your way out the door.

One thing that has changed, however, is a notable increase in playback time.

The Major III Voice claims to churn out the tunes for up to 60 hours - that’s nearly double the wireless playback time of its predecessor. It’s a massive improvement - one we’ll have to check back on over time to see whether it’s a short-lived improvement or a long-term battery upgrade.

As for the headphones’ Bluetooth capabilities, in our tests the Major III Voice offered near-seamless connectivity. Having tried out their stand-alone Stockwell II bluetooth speakers in the past and experienced some connectivity issues - due to myriad devices trying to connect at once - these headphones come with easy connection, no cut-outs and crisp quality during use. It’s hard to fault them.

And then there’s that little old voice assistant waiting to cater to your every whim.

The Major III Voice retain the golden control knob that allows you to shuffle, skip and pause tracks as well as accept and reject calls, whilst the addition of a new dedicated button for Google Assistant lets you activate smart assistant without removing your phone from your pocket.

The concept of talking to Google Assistant without removing your phone from your pocket does feel a little strange at first - particularly with such a chunky pair of headphones that you’d usually associate with music playback. However, once activated, the addition of the assistant is remarkably handy where notifications are concerned.

Sure, the intermittent ‘ding’ of messages landing on your phone can prove to be a little annoying, but that’s just a personal preference that can be turned on and off in-app.

Overall, the addition of Google Assistant, and improved playback time, improves these headphones no end. They’re ideal for on-the-go use, retaining the same high-quality mid and upper frequencies.

And although they fail to block out all noise, you’re likely to go for one of the competitors if noise-cancelling is the name of the game.

Priced at £149.99, Marshall Major III Voice headphones are available to pre-order now or buy from October 16 from Marshall’s website.