Cherry cola with a big rum hit? Sounds good to us. 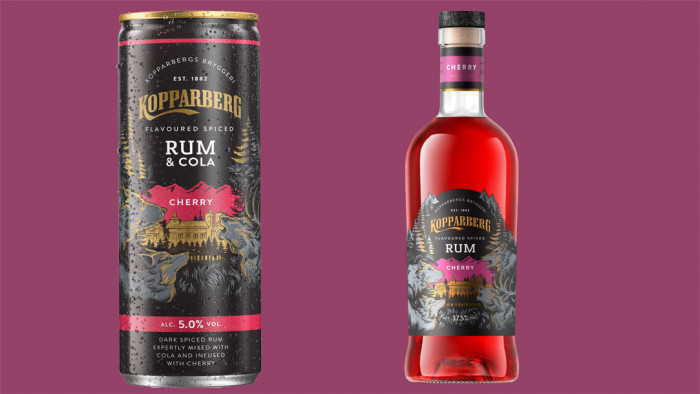 Not content with its bustling cider range and its foray into flavoured gins, Swedish drinks giant Kopparberg has revealed its very first rum - and it's serving it with a cherry twist.

Kopparberg cherry spiced rum is a 37.5% abv rum that comes packing a cherry kick and is best served with some cola, ice and a wedge of lime.

According to Kopparberg it's launched the rum to "inject energy and excitement" in all of our summers (drinking age permitting) which is a pretty big task, given we are all suffering from lockdown lethargy right now.

“We are exploring our darker side with a cherry spiced rum that delivers everything you’ve come to expect from Kopparberg, full fruit flavour and zero compromise on taste," notes Kopparberg.

You can get the rum in two ways: as a spirit, or pre-mixed in cans. Both are available from Asda from 22 June and will cost £20 (there will be an £18 promotion) and £6 for 4x250ml cans (but you'll be able to get them for fiver for a limited time).

We've already had a taste test of the rum and it does go down well with cola - we're sure it'll be a decent addition to other cocktails, too.

It's a good time for Kopparberg to get into rum. UK sales of rum hit £1bn for the first time last year, with 35 million bottles of the stuff sold. 10 million of those bottles were of the spiced rum variety.

While gin is still the flavour of the month (as it were) for drinkers, the rum category is actually three times the size of gin globally. In short: a lot of people like rum and, as our best rum guide shows, the competition out there is strong.