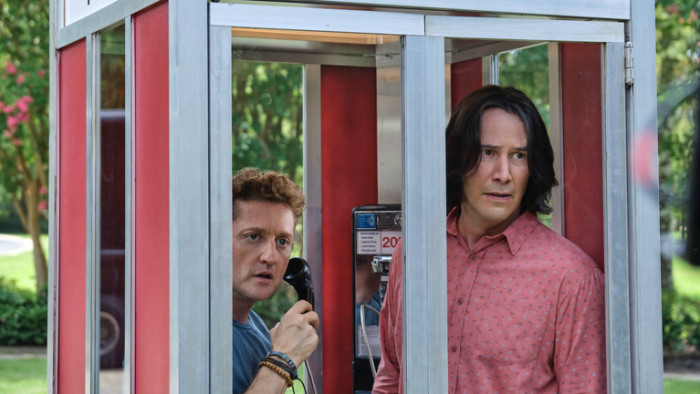 We were more than a little excited when we found out iconic 90s characters Bill and Ted would be returning. And now we've had our first glimpse at some footage, we're gearing up for a most excellent sequel.

Alex Winters and Keanu Reeves return as the eponymous characters in the third film in the series – and frankly, Keanu Reeves barely looks like he's aged.

Not much has changed: the characters are still making music together. But as writer Chris Matheson explained in an interview, they've got somewhat of a fight on their hands.

"They were told when they were teenagers that they were going to save reality, and they've been working on it the whole time."

"Now an emissary from the future comes and says, 'You've got to do it right now. We've got literally 80 minutes or all of reality will come to an end'."

They're not fighting alone this time, though – their daughters are also coming along for the ride.

The film will be out in 2020, so expect to see more exclusive shots and a trailer before then.