Bond, James Bond, is back. 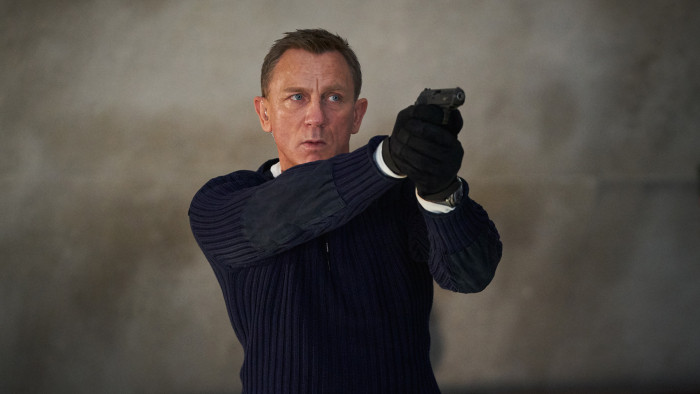 Bond is back and it’s bloody good to see his bloodied and broken face again. The new trailer for No Time To Die has only just landed on the internet, but ShortList was lucky enough to get a sneak peak of it before the worldwide launch, all 2 minutes 32 seconds of it.

The official synopsis of the movie (according to IMDb) is as follows: “Bond has left active service. His peace is short-lived when his old friend Felix Leiter from the CIA turns up asking for help, leading Bond onto the trail of a mysterious villain armed with dangerous new technology.”

So, how does that link into the new trailer? Well, here are 7 things we learned from the first official No Time To Die trailer.

*There are some mild spoilers ahead.*

001. Bond, and his car, is bruised and battered

The last we saw of Bond in Spectre was him driving off in his Aston Martin DB5, with Madeleine Swann (Léa Seydoux) in the passenger seat. This is the same scene of the first shot of the trailer - except bond looks beaten up and the DB5 has gone through all manner of scrapes.

002. There are lots of secrets

Bond says to Swann in the trailer: “We all love our secrets” and this is a familiar trait throughout the trailer. There’s a bit where Swann looks at Bond and says: “Do you not know what this is?” which points to the fact that Bond is very much in the dark about what the hell is going on. Also, another character we won’t name yet (see number 5) says the loaded line: “When our secret is out, it will be the death of you” to Bond. Ouch.

003. There is something up with Rami Malek’s face

Remember that shot of a man in a mask at the end of the teaser, hiding behind some warped glass? That was Rami Malek and in this trailer we see exactly what he looks like and it is not nice. His face is covered with what looks like a lizard-type skin, or it might be lots of scars.

There are two big shots of him in the trailer and the first we see the scars/lizard skin all red and raw. In the next shot it looks a lot calmer - maybe it’s like Le Chiffre in Casino Royale, where his eye only bleeds on occasion. Maybe he’s found a decent skincare routine.

004. The world is arming itself up for a big fight

We get a nice shot of M (Ralph Fiennes) in the trailer - looking a little portly - where he mentions something about the “world arming faster than we can respond”. We then see some military types clad in black smashing through a big window. Malek’s big vilain is said to have some dangerous new technology and there’s said to be an eco side to his character too - this may be a clue to what type of weapon we will see. This isn’t clear in the trailer, though.

005. Another Big Baddie is back

Well, we weren’t expecting this reveal - but Blofeld is back and looks pretty messed up. He’s in a big glass prison and, as we mentioned in number 2 of our list, muttering about a big secret that will be the death of Bond. We’re guessing the secret is that they are sort of step brothers (as revealed in Spectre), but there could be something else here.

006. Bond’s got a dodgy knee and Phoebe Waller-Bridge is (Possibly) taking the piss out of it

One of the biggest reveals of the Bond production process was that Daniel Craig personally asked for Phoebe Waller-Bridge to come in and give the script a polish. Whether this was to make the character a more rounded, less sexist and misogynistic character hasn’t been revealed (Craig has smacked down reports that it was a diversity hire) but there are glimpses of (we think) her humour in the dialogue.

In particular a scene with the new 00, Nomi (Lashana Lynch) says to Bond: “If you get in my way, I will shoot you in the knee… your good one.”

007. The Bond band is back together

Although they don’t get much screen time, we see Ben Whishaw’s Q, Naomie Harris’s Moneypenny and Jeffrey Wright’s Felix Leiter. Couple this with Ralph Feinnes, Léa Seydoux and Christoph Waltz and this is very much the final chapter in Daniel Craig’s Bond career, an ending that looks to tie up all the four movies that came before it - yes, even the terrible Quantum of Solace.

Frankly, we can’t wait until 2 April comes round when No Time To Die is released.