Pennywise for your thoughts? 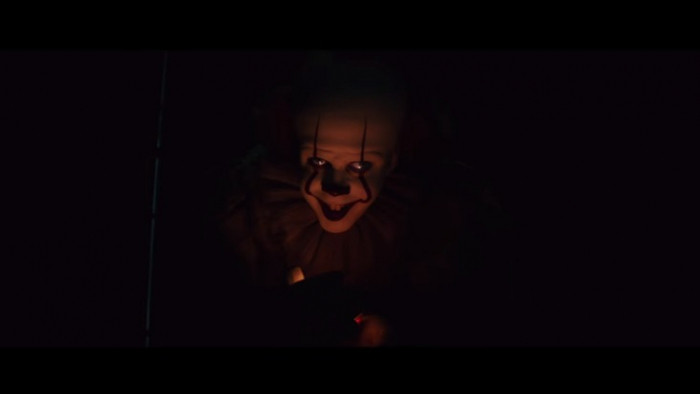 If your sleep patterns have just about got back to normal after being creeped out by It, we have bad news. The It: Chapter 2 trailer is here to kick that insomnia back up a notch.

As teaser trailers go, it’s surprisingly focused on one scene: Beverly’s (Jessica Chastain) conversation with an old woman who may or may not be a killer clown in disguise. Y’know – the kind of conversations we’ve all had at some point in our lives.

“You know what they say about Derry?” the woman asks. Before Beverly can comment on its quaint tea rooms or dire need for sewer grates, the woman answers her own rhetorical question: “No one who dies here ever really dies.”

It’s not just about Beverly, of course and the other members of the Losers’ Club also make an appearance in the trailer. There's Bill (James McAvoy) staring at the still uncovered sewer where Pennywise appeared to his little brother in 1988, and Richie (Bill Hader) taking in a not-at-all ominous red balloon display.

Pennywise (Bill Skarsgård) makes a less ambiguous appearance towards the end in his usual clowney regalia, and a cheery/haunting “hello.” You’ll be able to return the greeting on September 6 when It: Chapter 2 hits cinemas.

It author Stephen King is already a fan. The writer tweeted this ahead of the trailer dropping: “Looking forward to IT CHAPTER 2? You should be. I've seen it, and it's terrific. The trailer is coming Thursday, at noon. You'll float.”