Here's what millennials are doing wrong with their money now

They're still not buying houses 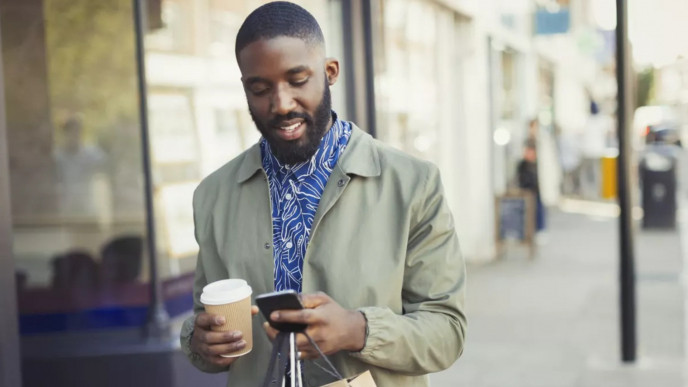 Millennials are always to blame for something. Whether it’s spending too much money on sandwiches, ending Club 18-30 holidays, or being too wimpy to actually touch meat that they’re going to eat, there’s always something they’re doing wrong. Oh, and it’s not because they’re too busy having sex either. So we haven’t even got that as a cool excuse.

This time, it’s nothing gimmicky or news-grabbing, it’s that we’re spending some money on…coffee, food and clothes. That’s according to a survey by Barclays (you know, that global bank that could probably buy us all a house if they wanted to), the results of which were published this week.

The survey found that on average, millennials are spending £3,312.72 (the 72p is presumably important) on coffees, takeaways and clothes. You know, life’s small pleasures that older people probably spend money on too. I’d even wager they spend more on dinners out (probably not even ordering the cheapest wine on the menu), Yorkshire Teabags, and garments that’ll last them more than two years and have a proper lining in them. But that doesn’t grab the headlines. If you’re working the longest hours in Europe, with less long term job security than ever before, and scoff at the idea of a pension, have a bloody nice coffee every other morning. Get a curry on a Friday night, and treat yourself to a new pair of brogues every now and then.

One in ten millennials would rather lose a finger than their smartphone - are you addicted?

When you break it down, £3,312.72 a year equates to £63.70 per week, which equates to £9.10 a day. It’s not really that bad is it? Let’s see how long it would take to save for a deposit on a house (for some reason the eternal yardstick that everything is measured against, what if I just want to be alert, eat nice food and look sharp in my rented flat until I die, Dad? Have you ever thought about that?) if we didn’t spend that.

A restrained regularity to buy yourself a nice coffee is probably once a week, so thats £3 a week, so £456 a year. Then let’s say a decent budget for clothes per year is £300, that’s probably a pair of shoes, a pair of jeans, a new winter coat and maybe a couple of t-shirts plus some boxers, because you’re not an animal. Then let’s say you get a take-away once a week, not an unusual frequency even for those home-owning overlords. Let’s say it costs you £15. So that’s £780 per year. Put these together and you get £1,536. Minus that from the ‘excessive’ total of £3,312.72 and you’ve got a ‘life-changing’ £1,776 to play with. Albeit whilst looking a lot less on trend, and probably more tired from your lack of caffeine.

Even better news for those of you living in London, with the average price of a place in the city now being valued at £478,853, you may as well start buying gold plated laptop cases and eating caviar out of whatever the hell you like, whilst dripping head-to-toe in the latest Gucci collection, because it would take you twenty-seven years to save up a deposit. So you may as well have a good time whilst you can. You’ll applaud us if we’re not crying into our delicious Deliveroo over the results of this new survey, then.