And the cast is AMAZING 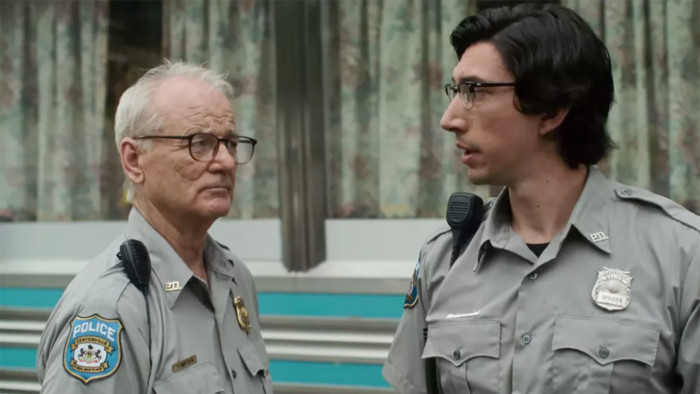 You might know auteur Jim Jarmusch best for his cult indie classics Coffee and Cigarettes and Broken Flowers – films the BFI calls “strikingly low key character pieces”. They’re sweet, sideway looks at the world – the kinds of films that are ideal for putting on your dating profile to impress people, basically.

Which makes us all the more excited for his newest film, The Dead Don’t Die. It looks like a bit of a departure for the director, if we’re honest – rather than some lo-fi indie flick, it’s a zombie comedy film.

A bit different, then.

We’ve now been treated to the first trailer for the film – and we have to say we’re pretty excited.

As you can probably gather from the trailer, the film is absolutely packed with big names.

Adam Driver and Bill Murray are the first stars we see – and then Tilda Swinton turns up swinging a ninja sword. As you do.

Other stars include Chloë Sevigny, Steve Buscemi, Danny Glover, Rosie Perez, Selena Gomez, Tom Waits and RZA. Iggy Pop also turns up as a zombie, which we have to say is pretty f*cking cool. The film’s tagline pretty much sums it up – “the greatest zombie cast ever disassembled”. Well, quite.

Fans, unsurprisingly, are practically *wetting themselves* with excitement.

The film is out this summer – and with a cast like that, we expect it to be very, very good.