Google's latest smartphones are here - this is what you need to know. 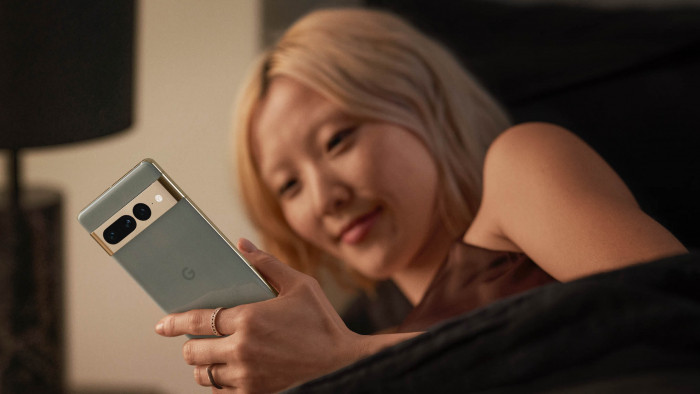 As always, if you want the purest version of Android on a phone, then Google's smartphone range is for you.

1. Google has improved its displays

2. The design on both is superb

Both the Pixel 7 and the Pixel 7 Pro have a very similar design, it's only really their screen size and the amount of lenses in the camera bar which are different. Oh, and the finish on the aluminium.

We are impressed with the refined design, which melds a smooth glass back with aluminium frame and the standout Camera Bar.
If you opt for the Pixel 7 Pro then you get polished aluminium, while the Pixel 7 comes with a matte aluminium finish.
Durability wise, there's IP68 protection on both which protects from water and dust. Gorilla Glass Victus should make the phones scratch resistant.

3. The phones are packed with camera tech

On The Google Pixel 7, you get dual cameras on the back: a 50MP lens and a 12MP ultrawide camera. The front camera is the same as the Pixel 7 Pro, a 10.8MP lens.

The Google Pixel 7 Pro has a triple-camera system on its rear. You get the same 50MP and 12MP shooters, as well as a 48MP telephoto lens. And the front-facing camera is the already mentioned 10.8MP lens.

It's thanks to this additional lens that Google has really upped its macro photography, with something called Macro Focus. It hasn't forgotten its massive zoom feature either, with Super Res Zoom available on the phones.

Software wise, there are a load of features on offer, including: Magic Eraser, Motion Mode, Photo Unblur, Night Sight, and a ton of HDR and 4K features when it comes to shooting video - as well as something called Cinematic Blur which brings bokeh to video.

4. There's a powerful processor powering things in the Pixel 7 range

Google released its own fancy sensor a few years ago and in the Pixel 7 and Pixel 7 Pro, there's an upgraded version.

Called the Google Tensor G2, it means that you get a whole load of AI smarts and some decent security options too, thanks to the Titan M2 security chip. Both fingerprint and face unlock are also on board.

5. Battery life is all day - but can stretch longer

Battery life is "all day", according to Google. But thanks to Pixel's Adaptive Battery it can last over 24 hours. How? Well, it learns your favourite apps, so it doesn't waste power on ones that you rarely use. If you are really worried you are going to run out of juice, then you can turn on Extreme Battery Saver, and the battery can last up to 72 hours.