Google is celebrating its 21st birthday with a retro doodle

The world’s most popular search engine is 21 today 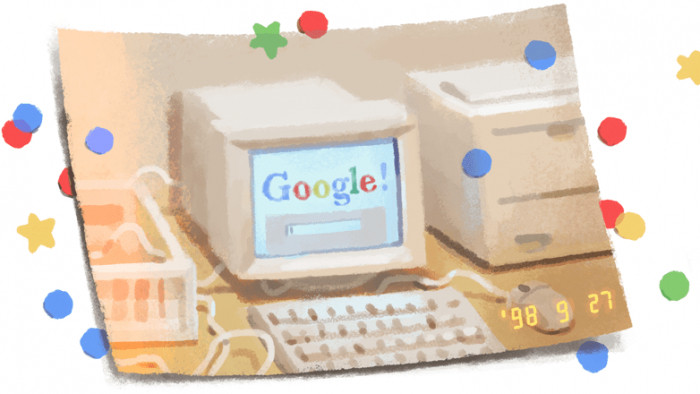 The tech company is celebrating its 21st birthday the only way it knows how - a Doodle.

The retro Doodle includes a photo of old-school desktop computer (timestamp and all) surrounded by confetti in the classic Google colours. After all, that's the type of computer Stanford Ph.D. students, Sergey Brin and Lawrence Page, would have been dealing with when they published their paper about launching a prototype of a “large-scale search engine” (aka Google) 21 years ago. In the paper, the two men outlined how the search engine would work and why they choose the name ‘Google’. "We chose our systems name, Google, because it is a common spelling of googol, or 10100 and fits well with our goal of building very large-scale search engines,” the students wrote. And, 21 years later, it’s definitely fair to say the two students achieved their goal of creating a *large*-scale search engine. Google now operates all over the world in over 100 languages, with the company claiming to answer trillions of search queries each year.

A Doodle on its own wasn’t quite enough for Google, though, as for today only Google Store customers are also been offered 21% off all devices. There are a couple of exclusions as always (no Stadia pre-orders or services) but just enter the code “B-GOOGLE21” at checkout to save some cash.