No, not those ones 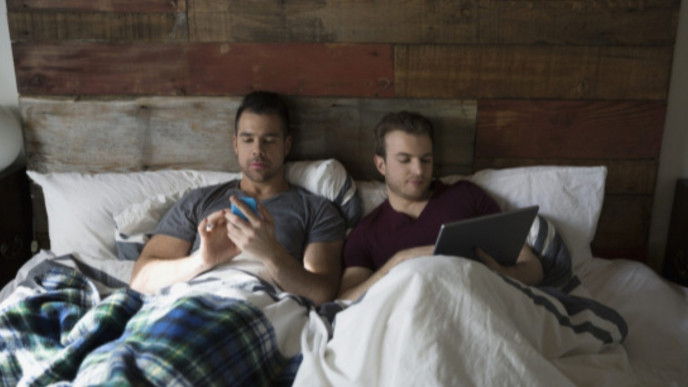 We’re constantly being told how technology is ruining our social lives. People are having less sex, and our concentration spans are shorter than…hey what’s that? Just writing this piece I’ve already checked Instagram three times, for what I don’t know, there’s only so many pictures of people on envy-inducing holidays I can handle before 10am.

So it’s slightly uplifting then, that some research by Laptops Direct (I can’t think why they might want to prove the current perception wrong) suggests that some technology in the bedroom is actually helping couples spend more quality time together.

16 gadgets every great man should own

72% of Brits said that they thought technology was improving their relationships, while 59% said that reading an ebook in bed relaxed them, so perhaps it’s not a screen in the bedroom that’s ruining our libido, but just what we’re doing on them. Reading thousand of tweets for an hour probably isn’t going to get you in the mood to ask how your partner’s day is, or get down to it.

Worryingly, on average, couples had nine devices in the bedroom, including iPads, laptops, phones and Alexas. However, 68% said they went to bed earlier together to watch or listen to something, so perhaps technology in the bedroom isn’t always the enemy.

It’s worth noting that the ‘blue light’ emitted by devices such as phones have been shown to disrupt sleep patterns, tricking the body into thinking it’s closer to daylight. So always make sure you turn off your devices before you bed down. Or, if you’re still struggling in the bedroom, there are some other gadgets you can invest in that might help you out, but that’s a different article.