A Friends reunion could be happening

Could we BE any more excited? 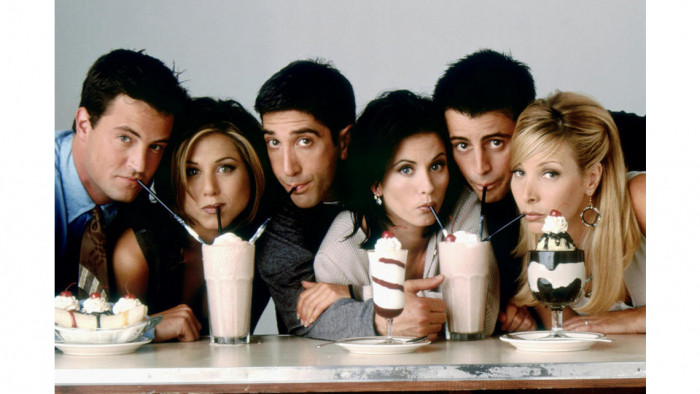 Alright, so the ENDLESS re-runs mean we haven't really missed Friends as such – it's never off the TV, let's be honest.

But we are, of course, all in want of new episodes – and now The Hollywood Reporter is suggesting that might finally be on the cards.

According to a source, the show's creators are "in talks" with HBO Max about a 25th anniversary reunion special. Talks are apparently underway for an unscripted reunion that would feature all of the show's cast and showrunners David Crane and Marta Kauffman.

HBO Max, of course, is one of the many new streaming platforms being launched in the next few months.

The phrasing suggests that it might not be a new episode as such – more a celebratory anniversary kind of deal, where the actors appear as themselves and not as the six iconic characters.

Jennifer Aniston may have essentially confirmed this, too, telling Ellen DeGeneres on a recent show that there would never be new episodes but that the cast would "love for there to be something" to celebrate the show.

"We don't know what that something is," she said. "So we're just trying. We're working on something."

So the reunion may not be the look into the future we might be desperately craving, exploring where our favourite friends are now. But frankly? We'll take it.