Forget gin and rum, Aloha 65 is the new surf-inspired mystery spirit in town

Not quite a gin, not quite a rum, it's the spirit of aloha 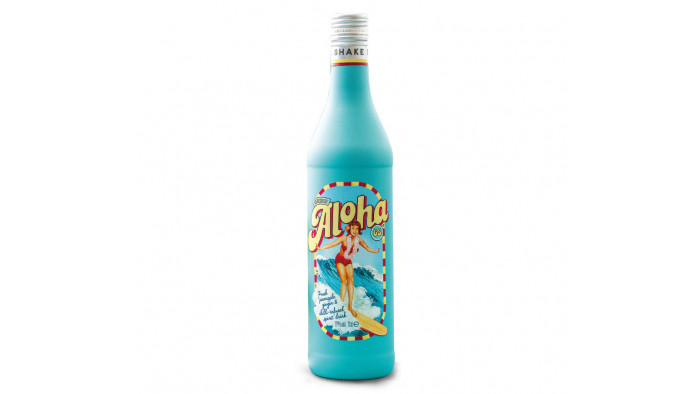 There’s a new mystery spirit in town - and we’re not talking about the Halloween kind. Yes, for those attempting to hold onto the sunny remnants of summer, surf-inspired drink Aloha 65 has arrived. Forget après ski, it’s all about après-sea.

Not quite gin, not quite rum, this pure grain vegan-friendly spirit is a 27% ABV hybrid that lands itself somewhere in the middle, making it the ultimate cocktail multi-tasker.

Created by Stephen Thorp, a Britist ex-pat surf bar owner based in the US, the spirit is made using all-natural alcoholic fruit infusions from his local area.

After experimenting with multiple flavours - each of which he named after a local surfer - one combination in particular began riding high on the agenda, featuring a tropical fruit blend and a kick of spice. Aloha 65 was born.

It was a case and trial and error for the spirit entrepreneur, who admits it took 65 attempts to refine the recipe - hence the name Aloha 65.

Released under Big Wave Brands, the drink remains something of an enigma when it comes to categorisation.

Featuring hints of pineapple, ginger and lemon, the drink has a handful of scotch bonnet chillies for good measure - y’know, just to recreate that feeling of being hit by a (heat) wave for non sea dwellers.

And the best part? The 100% vegan spirit is as distinctive in taste as it is in appearance.

Adorned with a distinctive retro-inspired image of a surfer girl riding a wave whilst wearing flower garlands, the bold aqua coloured bottle sets itself apart from the many traditional spirit bottles out there.

Staying true to its surf roots, the brand are also supporting The Plastic Oceans Foundation, with 5% of all profits going directly to preventing plastic hitting the world's oceans.

Surfer approved, and retailing at £22 from their web store, this is a spirit that’s set to impact taste buds more than a tidal wave.