Michael Keaton might be Batman once more, thanks to The Flash

Keaton to don the suit once more? Sounds perfect to us. 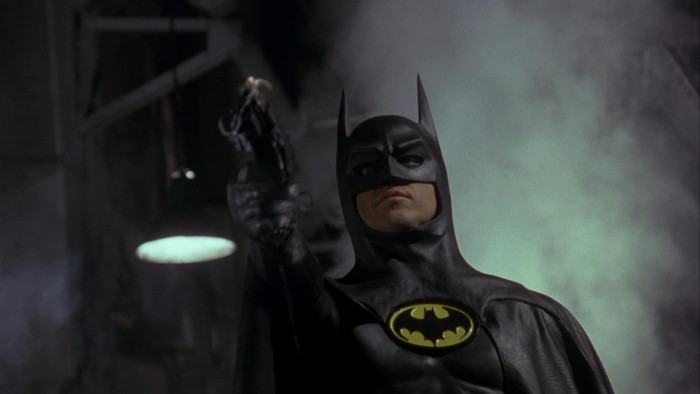 There has been mixed Batman news this week, with the news that Batman Forever director Joel Schumacher has sadly passed away at the age of 80. But, seemingly in a bid to cheer the world up, it's thought that Michael Keaton is in talks to reprise his role as Batman for the upcoming movie, The Flash.

It's been some 28 years since Batman Returns, the second Batman movie he made with Tim Burton. Burton's Batman films were dark with a dollop of kink, and are some of the best superhero movies ever made.

Keaton was never an obvious choice for Batman, and his casting caused outrage - but there really was no better person to play the Bat at the time, given he had already worked with Burton on the brilliant Beetlejuice.

According to The Wrap, Keaton is in early discussions that would see him playing Batman again. But how can this be, you ask?

Well, it's unconfirmed but The Flash movie is said to centre on the comic book series Flashpoint, which is all about different multiverses, where versions of the same character can co-exist in different worlds.

This means the movie can tinker with characters and wouldn't muck around with what is happening in Matt Reeves' The Batman, where Robert Pattinson is wearing the cape and the cowl.

The multiverse idea was an easy way out in the comics to address continuity issues but also lead to a fascinating and refreshing comic-book series.

This idea already been mined in the myriad CW television series. In Crisis on Infinite Earthwe saw Ezra Miller (who plays the Flash in the movies) actually have a cameo. And it was this reason that we also saw Brandon Routh reprise his role as an older Superman.

Nothing is confirmed but the mere idea that Keaton could play an older Batman has gotten us a little giddy - especially if this means that he would be up for playing an older Batman in a standalone The Dark Knight Returns movie further down the line, given the comic book is about an 50-something grizzled Batman.

Anyway, enough dreaming. Until we get confirmation, head over to our best Batman actors list and give Keaton a vote if you are a fan - he's currently in second place.