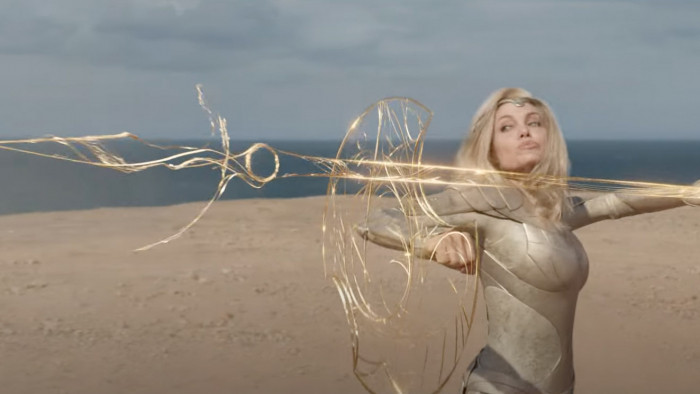 The first full trailer for Marvel's Eternals has been released, giving us the best glimpse yet at the (still mysterious) upcoming superhero movie.

Marvel is ridiculously busy at the moment. Its next film, Shang-Chi And The Legend Of The Ten Rings, has been getting some fantastic early praise but Marvel isn't keeping its promo campaign to just that, releasing this new trailer to remind everyone that it has another big movie coming out this year.

Eternals is directed by Oscar winner Chloe Zhao and is about a group of ancient heroes (Eternals) who have been keeping an eye on the world and its inhabitants for some 7,000 years, protecting everyone from 'the deviants'. There are 10 of them in total, making this a movie packed with an ensemble of new characters ready to change the MCU.

Eternals is full of stars - with the likes of Gemma Chan, Richard Madden, Angelina Jolie, Salma Hayek and Kumail Nanjiani starring, as well as Game of Thrones' Kit Harrington.

In the new trailer, the movie certainly looks nothing like Marvel movies that have come before, with Zhao's fantastic directing style shining through. We are also getting huge The Magnificent Seven vibes, which is definitely no bad thing.

The trailer also dates the movie, too, taking place five years after Thanos' click wiped out half the universe.

Marvel's Eternals is set for release 5 November, with Shang-Chi heading to cinemas in September.